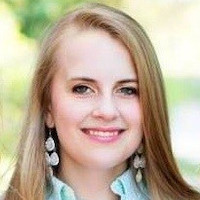 This preliminary research investigating differences in immune response between non-smokers and people who use cigarettes or e-cigarettes was presented at the 2019 American Thoracic Society (ATS) International Conference in Dallas, TX.

Meghan Rebuli, PhD, a postdoctoral research associate at the University of North Carolina at Chapel Hill and a study author told MD Magazine® about the results. She said that the immune response in female e-cigarette users was “suggestive of immunosuppression” while in males it was “a mixture of immune gene upregulation and down regulation.”

“Any dysregulation of immune responses to pathogens has the potential to increase susceptibility to infection or vaccines,” added Rebuli. “Therefore, our data is suggestive that e-cigarette users, especially female e-cig users, may experience increased risk of infection.”

“While we know that male and female immune systems function differently, especially in the context of respiratory virus infections, the opposing responses to virus in male and female e-cig users were striking,” said Rebuli.

The study included 47 participants, who were non-smokers, cigarette smokers, and e-cigarette users, based on self-reported use, smoking/vaping diaries, and nicotine- or tobacco-related biomarkers. Participants were inoculated with live attenuated influenza virus (LAIV) to gage the immune system response. Investigators collected epithelial lining fluid (ELF), nasal lavage fluid (NLF), nasal biopsies, and blood before and after inoculation with LAIV.

Additionally, after LAIV was introduced, epithelial and nasal fluid samples showed that e-cigarette users had suppressed levels of interferon-gamma (IFNɣ) and IFNɣ-inducible chemokines.

While the research is early and is still in the process of being published, Rebuli said the main takeaway for providers is that e-cigarette use can disrupt normal immune response to viral infections, which is likely to detrimentally affect antiviral defenses, especially for women and girls.

Previous research Rebuli was a part of found that baseline gene expression differs between e-cigarette users and non-smokers, which this study confirmed. However, the sex-specific changes were new findings, Rebuli pointed out.

The abstract, “Nasal Mucosal Immune Response to Infection with Live-Attenuated Influenza Virus (LAIV) Is Altered with Exposure to E-cigarettes and Cigarettes,” was presented on May 20 at the ATS 2019 International Conference.