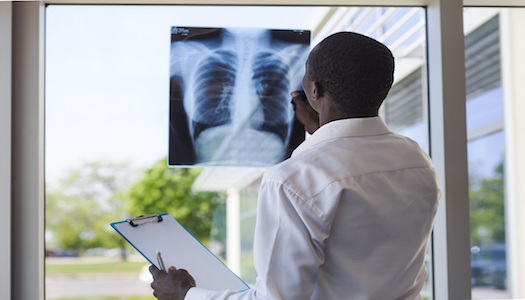 Results from the Novel START trial were presented at the 2019 American Thoracic Society (ATS) International Conference in Dallas, TX.

In an accompanying editorial, Gary W K Wong, MD, noted that the trial shows budesonide–formoterol taken as needed is suitable for patients with mild asthma as an alternative to budesonide maintenance therapy as it may reduce the risk of an exacerbation becoming severe enough to require urgent care.

“Both the SIENA trial and the Novel START trial showed that patients with mild asthma whose only asthma treatment was a SABA as needed for relief of asthma symptoms were at considerable risk for exacerbations,” wrote Wong. “Replacement of as-needed SABA treatment with as-needed budesonide–formoterol or inhaled glucocorticoid maintenance therapy could reduce such risk by approximately 50%.”

However, the study authors noted that maintenance treatment with budesonide was better able to control asthma symptoms.

“[F]or the patient for whom asthma symptoms rather than exacerbations are the most bothersome, maintenance treatment has value,” wrote Beasley, et al.

Wong added that these results should prompt a review of current guidelines for the treatment of mild asthma.

The study, “Controlled Trial of Budesonide–Formoterol as Needed for Mild Asthma,” and editorial, “How Should We Treat Patients with Mild Asthma?,” were published in the New England Journal of Medicine.