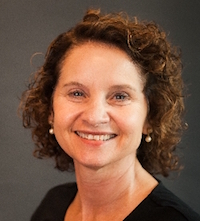 Cynthia McEvoy, MD
Vitamin C may reduce the harms of smoking to a pre-born infant’s lungs if the mother is unable to quit smoking during pregnancy, according to a new study. The findings proceed previous proof that daily supplemental vitamin C for pregnant women who smoke improved newborns’ pulmonary functions.

Researchers from the Oregon Health & Science University (OHSU) School of Medicine and OHSU Doernbecher Children’s Hospital conducted analysis of the force expiratory flows (FEFs) at the 3- and 12-month markets of babies who were born to 252 who smoked during pregnancy. The mothers were randomized to receive either 500 mg daily supplemental vitamin C or a placebo in addition to the same prenatal vitamin.

The results, presented at the 2018 American Thoracic Society (ATS) International Conference in San Diego, CA, was a silver lining in what is a compromising health outcome for a newborn.

The expecting mothers who were randomized into the 2 treatments arms were under 23 weeks of gestation with a singleton pregnancy and an inability to quit smoking. Randomization balanced for relevant covariates such as cigarettes per day and gestational age at randomization. Throughout the trial, the participants were encouraged to quit smoking. The average participant who was unable to quit had smoked 7 cigarettes daily during the trial.

FEFs were performed for the study due to their ability to provide a direct measurement of air way function and a more clear prediction of future disease, lead study author Cynthia McEvoy, MD, professor of pediatrics in the Division of Neonatology at the OHSU School of Medicine, said.

“Because infants are not cooperative at 3 and 12 months of age, we had to use sophisticated testing techniques to get these results, but they are similar to the results you would get when doing a spirometry test,” McEvoy said.

Both patient groups reported comparable urine cotinine and ascorbic acid levels at randomization. However, at mid and late gestation, the patients given vitamin C reported higher levers than those given placebo. Of the 243 infants at delivery, there was no significant effect of the intervention on delivery mode, birthweight, gestational age at delivery, or rate of premature births.

Infants born to pregnant smokers administered vitamin C reported greater FEFs at both 3 and 12 months of age than those born to mothers given placebo.

The researchers’ previous trial — which showed a significant improvement in newborn’s passive respiratory compliance and time to peak tidal expiratory flow to expiratory time when their smoking mothers were given vitamin C during pregnancy — did not give a clear indication as to why vitamin C has protective measures for infant’s lungs. The question still persists following these newest study’s results.

Investigator Eliot Spindel, MD, PhD, professor of neuroscience at OHSU, surmised it may be due to the vitamin’s ability to block collagen deposition surrounding the airways, which could “prevent some of the epigenetic changes that contribute to the lifelong effects of in-utero tobacco exposure.”

That speculation is not conclusive, however. Researchers intend to follow the observed children to age 6, to see if prenatal vitamin C has a durable effect on pediatric respiratory health. They will also be looking to see if children born to mothers given vitamin C are less likely to develop asthma.

Though vitamin C supplementation has been proven to preserve infants’ airways, McEvoy emphasized that getting expecting mothers to quit smoking during pregnancy “has to be priority one.”

You May Also be Interested in
Most Popular
Brian LaMoreaux, MD: Practicing Rheumatology During and After COVID-19
Experts Advise on Asthma Care, Management during COVID-19
Nitrous Oxide Useful, Safe Option for Relieving Pain During Childbirth
Past Outbreaks Shed Light on COVID-19 Psychiatric Risks
Benzodiazepine Use Increases Risk of Ectopic Pregnancy