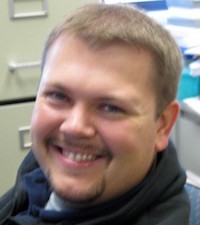 Phillip Clapp, PhD
People craving cinnamon should stick to eating it, not smoking it.

A popular e-cigarette flavoring contains chemical characteristics similar to that found in cigarette smoke that disrupts the lungs’ anti-bacterial defense system. The result could be significant harm to a person’s respiratory system due to an alternative form of cigarette smoking.

The finding, a result from analysis performed by researchers at the University of North Carolina at Chapel Hill, was presented at the 2018 American Thoracic Society (ATS) in San Diego, CA, this week.

Led by Phillip Clapp, PhD, researchers sought out the effects of aldehydic e-cigarette flavorings on cilia motility. Motile cilia is an integral component of the mucociliary clearance (MCC) apparatus, which clears inhaled particles and pathogens from the lungs. Aldehydes in cigarette smoke diminishes MCC by impairing mitochondrial function and reducing the cilia beat frequency (CBF).

Cinnamaldehyde, an alpha-, beta-unsaturated aldehyde that is most commonly known for giving cinnamon its characteristic flavor, is frequently featured in e-cigarette flavors — despite having structural similarities to toxic aldehyde in cigarette smoke.

Prior to their study, researchers hypothesized that cinnamaldehyde is capable of also disrupting normal mitochondria function and impairing motile cilia on primary human bronchial epithelial cells (HBECs). They exposed well-differentiated HBEC cultures to diluted cinnamon e-liquids and e-liquid aerosol generated by a third-generation e-cigarette device. CBF was tracked over 120 with a high speed digital camera and a video analysis system.

Researchers determined cinnamaldehyde content of each e-liquid by gas chromatography-mass spectrometry (GC-MS). HBECs were exposed to various concentrations of the aldehyde to distinguish a dose-response relationship for alterations of CBF. Mitochondria oxidative phosphorylation changes were evaluated via a bioanalyzer, and HBEC adenine nucleotide content was quantified by high-performance liquid chromatography (HPLC).

“Our finding that cinnemaldehyde impairs normal airway cilia motility is significant because it demonstrates that a common, food-safe flavoring agent, in the context of e-cigarette use, is capable of dysregulating a critical anti-bacterial defense system in the lungs,” Clapp said.

Clapp explained that e-cigarette emissions contain chemicals that still have not been evaluated for inhalation toxicity. Food additives have been generally recognized as safe products by the US Food and Drug Administration (FDA) — but that distinction does not take into clinical consideration their addition to e-cigarettes.

“The inhalation of flavoring agents, which are frequently reactive aldehydes, poses a significant unknown in regards to the potential health risks of e-cigarette use as many of these chemicals are structurally similar to toxic aldehydes in cigarette smoke,” Clapp said.

You May Also be Interested in
Most Popular
Postpartum Depression Linked to Pediatric Dermatitis
Is There a Link between Low Testosterone and Chronic Marijuana Use?
Causes of Drug Shortages in the United States
Comparing Febuxostat to Allopurinol in the Treatment of Gout
Caring for People With Sight Loss