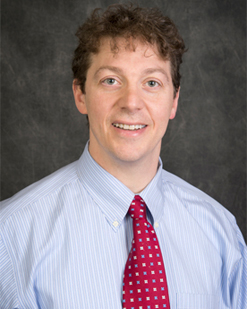 Mepolizumab helped patients with eosinophilic granulomatosis with polyangiitis (EGPA), a rare condition that causes vasculitis in people with a history of airway allergic hypersensitivity, experience significantly more weeks in remission than those that took placebo, according to Michael E Wechsler, MD, MMSc, professor of medicine and director of the asthma program at National Jewish Health, Denver, Colorado.

In a phase III study supported by grants from GlaxoSmithKline and the National Institutes of Health, among others, mepolizumab met all primary and secondary outcomes, Wechsler said during a presentation at the 2017 American Thoracic Society conference in Washington, DC.

Primary outcomes were accrued weeks of remission out to 52 weeks, and the proportion of patients who achieved remission at weeks 36 and 48. Secondary outcomes included the time to first relapse and the average daily glucocorticoid dose.

The study began with the random assignment of participants with relapsing or refractory EGPA who had received treatment for at least 4 weeks and were taking stable corticosteroids to receive mepolizumab or placebo. In the mepolizumab-treated group, 300mg of mepolizumab was administered subcutaneously every month for one year, even though current approved dosing for asthma is only 100mg per month.

Another important outcome, he added, was the rate of exacerbations or relapses.

“Mepolizumab-treated patients ended up having a 50% reduction in the frequency of EGPA exacerbations that often consisted of worsening asthma, worsening sinus disease or vasculitis that ended up requiring either escalation in dosing or corticosteroids, additional therapies, hospitalization or urgent care visits,” he said.

The drug also resulted in a significant reduction in corticosteroid dosing – an endpoint that patients are particularly interested in, Wechsler emphasized.

“If you consider relapse-free time, a 50% reduction in corticosteroid dosing, as well as the proportion of patients who were able to achieve remission, almost 80% of patients treated with mepolizumab ended up achieving success with that therapy,” Wechsler explained.

The study’s results suggest that EGPA needs to be better recognized in general practice, he said. It can be identified when high levels of blood eosinophils are found.

The first step is to recognize EGPA, and the second thing is to try to identify patients who may not respond to standard of care therapy,” Wechsler said. “All in all, we view this study as a significant success and a significant benefit for patients with EGPA, and hope that it will lead to better outcomes in the future for these patients.”

You May Also be Interested in
Most Popular
The Fear of the Coronavirus, and the Reality of the Flu
Novalung System Granted 510(k) Clearance for Whole ECMO System
Gut Microbiota Could Be a Biomarker for Pulmonary Arterial Hypertension
Psoriasis Increases Cancer Risk
Navy Medicine: A Strategic Roadmap for Implementing a Virtual Mental Health Program