Immune Biomarkers May Predict Survival for Patients With IPF 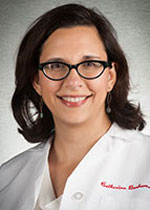 Inducible co-stimulator (ICOS) and CD28 expression levels on CD4 T cells effectively predicted survival for patients with idiopathic pulmonary fibrosis (IPF), identifying the need for aggressive management strategies in select individuals, according to a presentation at the 2017 Annual Meeting of the American Thoracic Society.

In the small prospective study, ICOS and CD28 were significantly associated with declining forced vital capacity (FVC) and diffusing capacity of the lung for carbon monoxide (DLCO). Those with the highest ICOS expression saw improvements in survival versus low levels of the marker. Additionally, those with low levels of CD28 expression had inferior survival compared with higher levels of the biomarker.

“As a researcher, it is thrilling to open up a novel pathway for study,” lead author Catherine A. Bonham, MD, instructor of medicine at the University of Chicago, said in a statement. “As a clinician, I am always interested in helping patients better cope with the terrible uncertainty of the IPF diagnosis and with developing new treatments for fibrotic lung disease.”

The progression of IPF can be unpredictable, making treatment decisions challenging and calling for the need for a biomarker. The immune system potentially plays a role in the disease. Prior to the approvals of pirfenidone and nintedanib, treatment consisted of immunosuppressant drugs, which often rendered little benefit.

“The role of the immune system in IPF is controversial,” said Bonham. “We know that suppressing the immune system globally with prednisone, which is used to treat other lung diseases, such as asthma, is harmful in IPF, but we do not know if a more nuanced approach could be helpful.”

For the study, researchers prospectively explored clinical data along with blood and pulmonary function tests from 59 patients with IPF and 22 individuals in an age-matched control group. All patients were follow until death, lung transplant, or the end of the study period, which lasted for 5 years. Overall, the researchers looked at CD45RO, CD28, ICOS, and PD-1 using flow cytometry. After this portion, lung, thoracic lymph node, and blood samples were examined from 9 patients with IPF and 13 matched individuals without lung disease. This assessment analyzed CD3, CD4, CD45RO, CD45RA, CD69, CCR7, ICOS, and PD-1.

Based on ICOS and CD28 status, patients could effectively be stratified into low, medium, and high risk groups, showing the potential for tailoring therapy. Intriguingly, blood samples showed similar levels of ICOS between IPF and control patients; however, higher expression was identified in the lung and thoracic samples, driven by effector memory T cell subsets. Outside of ICOS and CD28, other markers did not correlate with outcomes. A change in PD-1 expression was not found.

“This suggests IPF memory T cells are highly activated,” said Bonham. “The T cells within the lungs appear as though they are ready to fight, but we don’t know yet what they are reacting to, or even if this response is appropriate.”

You May Also be Interested in
Most Popular
Visual Impairment, Dementia Are Detrimental to Independence of Older Adults
Denise Daley, PhD: Early Asthma Interventions for Infants
Surgical Revascularization in Peripheral Arterial Disease
FDA Approves Guselkumab for Active Psoriatic Arthritis
Top 10 Painkillers in the US