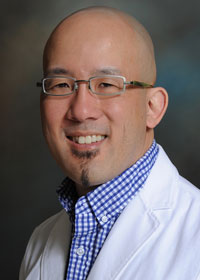 Acute exacerbations of chronic obstructive pulmonary disease (COPD) dramatically increased the risk of cardiovascular disease (CVD) events, particularly within the first 30 days, according to a post-hoc analysis of the SUMMIT trial presented at the 2017 Annual Meeting of the American Thoracic Society.1

The risk of developing a CVD event was increased by 280% within the first 30 days of experiencing an acute exacerbation of COPD (hazard ratio [HR], 3.8; 95% CI, 2.7-5.5). This tapered off to an increase in risk of 80% from 30 days to 1 year (HR, 1.8; 95% CI, 1.5-2.3). Given the magnitude of the findings, the authors emphasized the need for heightened vigilance and further studies exploring potential treatments to prevent a CVD event.

“One approach might be to study currently used cardiac medications, such as antiplatelet agents, statins and/or beta-blockers immediately following COPD exacerbations,” lead author Ken M. Kunisaki, MD, MS, associate professor of medicine at the University of Minnesota and Minneapolis VA Health Care System, said in a statement. “Another approach might be to use experimental drugs that specifically reduce inflammation.”

Lower forced expiratory volume in 1 second (FEV1) is a known risk factor for CVD, potentially due to higher levels of circulating inflammatory cells. In fact, in many scenarios, CVD secondary to COPD was the leading cause morbidity, mortality, and hospitalization.

“Previous studies have shown that lower lung function, such as occurs with COPD, is a risk factor for cardiovascular disease,” said Kunisaki. “One theory for why this happens is that COPD triggers inflammation and that, in turn, leads to CVD. Because COPD exacerbations lead to particularly high levels of inflammation, we wondered if these exacerbations would be linked to higher rates of CVD events.”

Across the full study,2 intervention with the combination or either monotherapy did not improve all-cause mortality compared with placebo. There was a 12% relative reduction with fluticasone furoate plus vilanterol versus placebo; however, this was not deemed to be statistically significant (HR, 0.88; 95% CI, 0.74-1.04; P = .137).

The combination was found to slow FEV1 decline versus placebo (38 vs 46 mL per year); however, the treatment did not have an impact on CVD events (HR, 0.93; 95% CI, 0.75-1.14). All treatments were found to reduce the rate of moderate and severe exacerbation.

For the post-hoc assessment, investigators looked specifically at CVD events, which they defined as cardiovascular death, myocardial infarction, stroke, unstable angina, and transient ischemic attack. The study controlled for other risk factors and looked specifically at events from day-1 to -30, day-31 to 1 year, and >1 year.

A year following acute exacerbations of COPD, the CVD event risk returned to near normal (HR, 1.1; 95% CI, 0.8-1.6). This same pattern was found across all treatment arms of the SUMMIT trial.

There are still many unknowns regarding the current assessment of SUMMIT, warranting further studies, noted Kunisaki. The population of patients in the analysis were at high risk for a CVD event, leaving it unclear whether those at normal risk would also be likely to experience a higher rate of events. For now, Kunisaki encouraged closer monitoring.

You May Also be Interested in
Most Popular
The Fear of the Coronavirus, and the Reality of the Flu
Top 10 Painkillers in the US
Improving Therapeutic Options for Patients With PTSD
Should Women Age 65 and Older Be on Hormone Therapy?
Ustekinumab Successful as a Target Therapy for Crohn's Disease