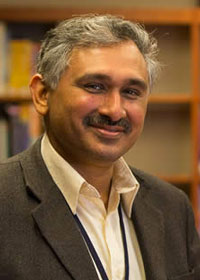 Treatment with benralizumab led to a meaningful 75% reduction in the use of oral corticosteroids from baseline for patients with severe, uncontrolled eosinophilic asthma, according to findings from the phase 3 ZONDA trial presented at the 2017 ATS International Conference and simultaneously published in the New England Journal of Medicine.1,2

“Benralizumab showed an impressive clinical efficacy by reducing exacerbations rate by up to 70% at the same time enabling patients with severe asthma to significantly lower their prednisone dose and maintain their lung function," lead investigator Parameswaran Nair, MD, PhD, professor of Respiratory Medicine at McMaster University in Hamilton, Canada, said in a statement. "This is likely due to its unique mechanism of action of inhibiting the receptor for interleukin-5 and potentially depleting blood and airway eosinophils.”

In the 4-week group, the annual exacerbation rate was reduced by 55% compared with placebo (P = .003). Reductions in exacerbations requiring emergency room visits or hospitalizations were not improved significantly in the 4-week arm (rate ratio, 0.44; 95% CI, 0.13-1.49). There was no difference between forced expiratory volume 1 second (FEV1) rates between the benralizumab regimens and placebo.

Data from the ZONDA trial were submitted to the FDA along with findings from the phase 3 SIROCCO and CALIMA trials, which showed similar benefits for benralizumab in patients with severe asthma. These studies demonstrated a clear ability for benralizumab to reduce annual exacerbation rates. The FDA is expected to decide regarding benralizumab for severe asthma in the fourth quarter of 2017.