Antibiotic Therapy Fails For a Quarter of Adults with Pneumonia 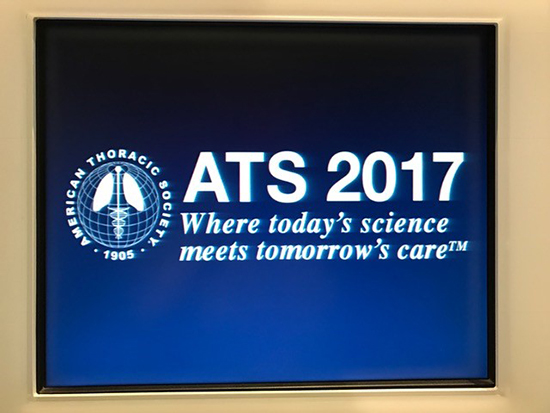 Nearly one in four adults with community-acquired pneumonia does not respond to antibiotic treatment, according to a study presented at the 2017 American Thoracic Society International Conference in Washington, DC.

“Pneumonia is the leading cause of death from infectious disease in the United States, so it is concerning that we found nearly one in four patients with community-acquired pneumonia required additional antibiotic therapy, subsequent hospitalization or emergency room evaluation,” said the study’s lead author James A. McKinnel, MD, lead researcher and infectious disease specialist at LA BioMed.

To better understand and optimize antibiotic choices and to better define clinical risk factors that cause treatments to fail large-scale, real-world data were needed, researchers said. To gather this data, they began by examining databases that contained records for 251,947 adult patients who were treated between 2011 and 2015 with a single class of antibiotics (beta-lactam, macrolide, tetracycline or fluoroquinolone) after visiting a physician for community-acquired pneumonia treatment.

Patients who were older, or had other diseases in addition to pneumoniawere more likely to experience drug failure. After adjusting for patient characteristics, the failure rates by class of antibiotic were 25.7% for beta-lactams, 22.9% for macrolides, 22.5% for tetracyclines and 20.8% for fluoroquinolones.

“Our findings suggest that the community-acquired pneumonia treatment guidelines should be updated with more robust data on risk factors for clinical failure,” McKinnel said. “Our data provide numerous insights into characteristics of patients who are at higher risk of complications and clinical failure.”

Perhaps the most striking example, McKinnel added, was the newfound link between age and hospitalization rates.

“Patients over the age of 65 were nearly twice as likely to be hospitalized compared to younger patients when our analysis was risk adjusted, and nearly three times more likely in unadjusted analysis. Elderly patients are more vulnerable and should be treated more carefully, potentially with more aggressive antibiotic therapy,” he said.

Researchers also found variations in outcome by region, and found that thousands of patients with other conditions, like chronic obstructive pulmonary disease (COPD), cancer or diabetes, were not treated with combination antibiotic therapy or respiratory fluoroquinolone.

Physicians who prescribe beta-lactams, macrolides, tetracyclines and fluoroquinolones should be aware of patients with community-acquired pneumonia who are at risk for poor outcomes and consider these factors to guide a comprehensive treatment plan, including more appropriate antibiotic treatment, researchers wrote.

“While certain aspects of the guidelines need to be updated, some prescribers also have room for improvement and should implement the current guidelines,” McKinnel said.