Getting Gene Info Leads Patients to Get Lung CT Scans 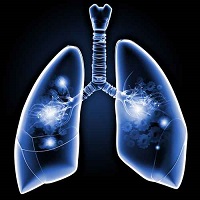 When genetic information is added to a former or current smoker’s clinical profile, that data can change the patient’s risk classification and make it more accurate. One result is that patients who learn that they have been reclassified as being at highest risk are more likely to follow through on recommendations for an annual CT scan of their lungs, a new study has found.

In an abstract presented May 18 at the 2015 American Thoracic Society annual meeting in Denver, CO, Robert Young, MD, PhD, of the University of Auckland, New Zealand, and colleagues reported on a study done at El Camino Hospital in Mountain View, CA.

Typically, patients advised to get annual screens comply about 50-to-60% of the time, Young said.

But in the study, 157 participants who got gene-based risk testing showed higher compliance rates.

The patients’ gene testing consisted of an assessment of 20 single nucleotide polymorphisms (SNPs) implicated in the development of lung cancer. When present, these SNPs confer either an increased risk of lung cancer, or a reduced risk. Armed with this personal genetic information, the researchers reclassified 28 of the participants, with 22% of patients learning that their risk was higher than previously thought. Six percent of the patients learned their risk was lower.

Once their risks had been reassessed, the highest-risk patients showed a compliance rate of 71% and those in the high and moderate risk categories both had 52% adherence, the researchers found. The group that learned its risk was lower showed no change in willingness to get the CT scans.

The patients were all older than 50 and had a smoking habit of at least 20 packs of cigarettes a year. Genetic testing involved DNA mouth swab and a simple clinical questionnaire. The study was partly funded by Synergenz Biolscience.

“Not only does adding personalized genetic data contribute to a better assessment of lung cancer risk, it appears to improve screening adherence,” Young said.

You May Also be Interested in
Most Popular
The Fear of the Coronavirus, and the Reality of the Flu
Do EMRs Provide Clinically Relevant Information?
MDNN: CVS Health Buys Aetna, D-cycloserine for Tuberculosis, Unsafe Abortions, and Childhood Obesity
The Art of HANDOFFS: A Mnemonic for Teaching the Safe Transfer of Critical Patient Information
PICCs Linked to Increase of Blood Clots in Children