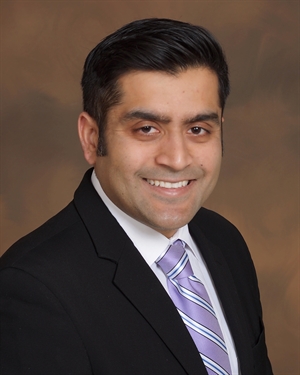 With noncompliance an issue among anti-VEGF treatments, potential novel treatments at the 2019 American Society of Retina Specialists Annual Meeting have caught the attention of many retina specialists.

The Port Delivery System with ranibizumab (PDS) from Genentech was one of those potential novel therapies. Arshad Khanani, MD, director of clinical research at Sierra Eye Associates, presented data from the LADDER phase 2 trial at this year’s conference.

“Here’s a technology that can be game-changing,” said Khanani in an interview with MD Magazine® at ASRS 2019. “We have this delivery system that can lead to anatomic and visual outcomes as good as monthly ranibizumab and it only needs to be refilled every 6 months or longer in most of our patients.”

PDS is a refillable, indwelling implant that provides patients suffering from neovascular age-related macular degeneration (nAMD) with diffusion-mediated continuous intravitreal delivery of ranibizumab. The phase 2 LADDER study (NCT02510794) enrolled a total of 220 patients who randomized in a 3:3:3:2 ratio to PDS with 10 mg/mL, 40 mg/mL, and 100 mg/mL formulations of ranibizumab or an intravitreal injection of ranibizumab 0.5 mg monthly.

The primary endpoint of the study was the time to first required implant refill. Secondary endpoints were change from baseline in best-corrected visual acuity (BCVA) and central foveal thickness (CFT). Investigators also included safety as a secondary endpoint.

Investigators performed imaging via fluorescein angiography on all patients at baseline and again at month 4, month 6, and month 9. Changes in CNV area and CNV lesion size, which is Khanani’s presentation at ASRS centered around, were evaluated by masked graders.

Upon analyses, investigators found that 63.5% of the 10 mg/mL group, 71.3% of the 40 mg/mL group, and 79.8% of the 100 mg/mL group did not meet refill criteria until month 6 or later. The mean change in CNV area and in CNV lesion size from baseline to month 6 were comparable when comparing the PDS 100 mg/mL group to the 0.5 mg ranibizumab arm.

Investigators noted that a dose response was observed in change in CNV area. Additionally, dose responses, in regard to mean BCVA change and mean CFT change, were observed at baseline and, again, at month 9. Visual and anatomic outcomes for the PDS 100 mg/mL group were comparable to the 0.5 mg ranibizumab group from months 3 through 9.

In his interview with MD Mag, Khanani was quick to point out that there was a slightly higher rate of adverse events within the PDS arms, but this dissipated as the surgery to implant the PDS was optimized.

“I think it could be a game-changer in the future if the safety and efficacy of the PDS is confirmed in the ARCHYWAY and PORTAL studies out. In terms of safety in LADDER, before the procedure was optimized there was about a 50% rate of vitreous hemorrhage which decreased to about 4.5%,” Khanani said.

Khanani, who related that enrollment in the Archway study is now complete, said that knowledge of nearly 8 of 10 PDS 100 mg/mL patients not requiring refill until at least 6 months is helping to guide the 24-week fixed refills in the ongoing trial.

You May Also be Interested in
Most Popular
Flu Cases Near 30 Million in the US, CDC Reports
FDA Authorizes Five-Minute COVID-19 Test
CBT App Improves Sleep Quality in Insomnia Patients
Comparing RT-PCR and Chest CT for Diagnosing COVID-19
Concern Over Sleep Apnea and Coronavirus Transmission