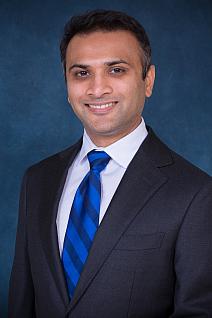 Heading into the 2019 American Society of Retina Specialists Annual Meeting, sessions and studies pertaining to brolucizumab were an item on the radar of many retina specialists in the constant search for treatments to improve the vision and quality of life for patients.

As such, the presentation by Chirag Jhaveri, MD, assistant professor of ophthalmology at the University of Texas Dell Medical School, on the 96-week expanded anatomical and visual outcomes of the HAWK and HARRIER trials was one of the most anticipated sessions of the conference.

The trials revealed  brolucizumab was observed to be non-inferior to aflibercept in mean best-correct visual acuity at the 48-week mark. Additionally, these visual gains were maintained to week 96. Jhaveri noted that brolucizumab patients achieved superior reductions in central subfield thickness from baseline to week 16 and, again, at week 48.

Investigators noted these changes remained at week 96. At 96 weeks, the proportion of patients who were fluid-free was higher for brolucizumab 6mg than aflibercept in HAWK and in HARRIER. Primary outcomes were achieved with 75% of the brolucizimab 6mg group who completed week 48 on a 12 week interval and again at 96 weeks on a 12-week interval.

In a Q&A with MD Magazine, Jhaveri dove further into the visual and anatomical outcomes of the trials and what they mean for retina specialists and patients looking to preserve their vision.


MD Mag: Why are the changes you noted in central subfield thickness from treatment with brolucizumab so important for patients?

Jhaveri: In general what we do is we treat retina and try to make them dryer to reduce the fluid and edema that we find when examining on OCT and that correlates to vision improvement. But you know not everybody gets the same level of improvement even when we dry the retina out. So, the question is: is there something else? Is there another factor that  affects the visual outcomes? So, what we did is we looked at not just drying — We looked at a lot of factors. We looked at how much the fluid fluctuates while patients are being treated.

We found that patients whose central retinal thickness did not fluctuate had better visual outcomes. Now, looking at it — that doesn't mean that a patient was completely dry or not dry, which is what we've traditionally always tried to look at. But this factor looks at how much fluctuation, how much variability they have while they're getting treated and that's almost like an independent or a new potential characteristic to look at for how well patient vision will improve.

MD Mag: How will a lower frequency of injections positively impact patients?

Jhaveri: You know this data, not only just for brolucizumab, for any type of therapy that we're looking at in the future can be important because what I think this would be helpful for us to make sure that this is looked at for brolucizumab or any other long term delivery. And if those newer therapies, including brolucizumab, can achieve less fluctuations of fluid and maintain the retina to be consistent and dry — this data suggests that you're more likely to have more likely to have better visual outcomes.

MD Mag: How do you expecting brolucizumab incorporated into practice, if approved?

Jhaveri: I would say that brolucizumab — based on the HAWK and HARRIER data and the fact that patients are able to get less injections and have similar outcomes compared to other medications that require more frequent injections — I think that it would be beneficial to patients to decrease their treatment burden as well as from a physician's perspective to allow a therapy that can achieve similar or better results with less overall treatment.

You May Also be Interested in
Most Popular
The Fear of the Coronavirus, and the Reality of the Flu
Top 10 Painkillers in the US
Pulsed and Tapered Vancomycin Likely Route to Recurrent Clostridium difficile Cure
Novalung System Granted 510(k) Clearance for Whole ECMO System
Do EMRs Provide Clinically Relevant Information?