Switching to Aflibercept Demonstrates Improvement in VA, CST for Poor Responders to Bevacizumab in SCORE2 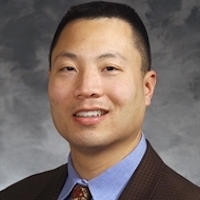 Michael S. Ip, MD
Those with a poor response to treatment with bevacizumab 1.25 mg (Avastin, Genentech), while uncommon, were revealed to have improvements in both visual acuity (VA) letter score and central subfield thickness (CST) when their treatment was switched.

According to the results of the phase 2 SCORE2 trial, patients who switched to aflibercept 2.0 mg (Eylea, Regeneron) after poor response at 6 months experienced a 9.0 letter gain (P <.01) for the following 6 months, as well as a 110 µm decrease in CST (P <.01). The data were presented at the American Society of Retina Specialists (ASRS) 36th Annual Meeting in Vancouver, British Columbia.

Conducted by Michael S. Ip, MD, a professor of ophthalmology at the UCLA David Geffen School of Medicine, and colleagues, the examination was the second analysis to the baseline to 6 months data originally collected in 2017, which included 362 patients with macular edema due to either central or hemispheric retinal vein occlusion, randomized to either bevacizumab (n = 182) or aflibercept (n = 180). Patients were stratified by a protocol-defined response of good, moderate, or poor.

The bevacizumab-to-aflibercept group received a mean of 5.0 injections between months 6 and 11. The aflibercept-to-dexamethasone implant group received a mean of 1.8 implants in the same time period. The average change from month 6 to month 12 in VA letter score for patients who switched from aflibercept to receive the dexamethasone implant was 2.5 letters (P = .36), and the change in CST was 39 µm (P = .49).

Coupled with the original SCORE2 data, these results suggest that while the two anti-vascular endothelial growth factor (anti-VEGF) therapies are essentially equivalent in treatment capability, aflibercept is an effective substitute for those who respond poorly to bevacizumab.

The study, “SCORE2 Month 6 to Month 12 Results: 12 Month Outcomes of Treatment Change among Poor Responders at Month 6,” was presented in a symposium at the ASRS’s 36th annual meeting.