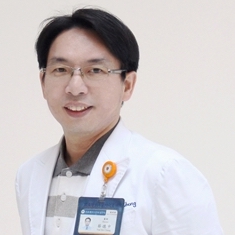 Der-Chong Tsai, MD, PhD
Not sleeping can lead to more than just tired eyes—insomnia has been identified as an objective sign of an increased risk of developing age-related macular degeneration (AMD).

Findings presented at the 36th annual meeting of the American Society of Retinal Specialists (ASRS) in Vancouver, British Columbia, has revealed that in comparison to a cohort of those who did not suffer from insomnia, in which 1.8% developed AMD, those who did have the sleep condition developed AMD at a rate of 2.5% (P  <.001). Additionally, the incidence of neovascular, or wet, AMD was also higher for those with insomnia—0.3% compared to 0.2% (P = .002).

A trio of researchers, led by Der-Chong Tsai, MD, PhD, of the Department of Ophthalmology at the National Yang-Ming University Hospital and School of Medicine, in Yilan, Taiwan, posited that due to reports of decreased levels of melatonin in patients with AMD, insomnia may be linked to the development of the condition. Their longitudinal case-control study utilized data from 15,465 patients aged ≥55 years with newly diagnosed insomnia and compared their outcomes over a 9-year period with a comparator group of 92,790 patients without insomnia.

Tsai and colleagues noted that previous research has indicated pronounced decreases in circulating melatonin exist in some chronic degenerative disorders, such as Alzheimer disease, senile dementia, and coronary artery disease, and that there is a decreased synthesis of melatonin in older adults, leading to changes in circadian rhythms and sleep-wake cycles.

“This study provides large-scale, population-based evidence that insomnia is an independent indicator for the increased risk of subsequent AMD development,” Tsai and colleagues wrote. They also noted that in previous literature, “urinary 6-sulfatoxymelatonin levels, [a] major metabolite of melatonin, in AMD patients were 40% lower than in age-matched controls.”

While little literature has investigated sleep patterns in patients with AMD, the trio of researchers noted that it is not the first to identify a link between sleep and eye-related conditions. A pair of 2016 studies, one from Peres-Canales et. al., and another from Khurana et. al. found that a short sleep duration is associated with neovascular AMD and a long sleep duration is associated with geographic atrophy, respectively.

The study, “The Association Between Insomnia and Increased Risk of Age-Related Macular Degeneration: A Population-Based Cohort Study,” was presented at the 36th ASRS annual meeting as a poster.