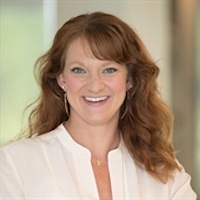 Amy S. Babiuch, MD
The presence of disorganization of inner retinal layers (DRIL) at baseline, as well as changes in DRIL burden during treatment with anti-vascular endothelial growth factor (anti-VEGF), can be a prognostic indicator for improvement in Early Treatment Diabetic Retinopathy Study (ETDRS) score in patients with macular edema secondary to retinal vein occlusion (RVO).

DRIL scores were evaluated with scores 0-3 based on 3 horizontal raster scans centered at the fovea and divvied into 3 regions: a 1-mm zone, a central 2-mm zone excluding the 1-mm zone, and any area outside of those zones. “These DRIL scores were then compared to each of the ETDRS scores at each time point,” Babiuch said. At baseline, 61.9% (n = 91) of patients had DRIL presence.

The final results showed a mean change of 11.8 ETDRS letters at 12 months. After 6 months, the majority of patients, 59% experienced a reduction in DRIL, but by 12 months that trend decreased slightly.

“There was a definitive correlation with visual acuity in both diabetic macular edema and RVO,” Babiuch said. “While DRIL is not the biomarker, it is certainly useful in conjunction with other information, and should prompt continued treatment with anti-VEGF agents when it is present.”

The study, “Disorganization of Retinal Inner Layers Predicts Visual Acuity Response to Anti-VEGF Therapy for Macular Edema Secondary to Retinal Vein Occlusion,” was presented in a symposium at the 36th annual ASRS meeting.