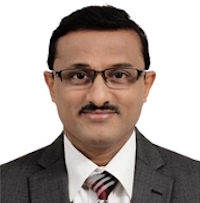 Alay S. Banker, MD
The introduction of biosimilars into retinal vascular disease care has been proven to be a win-win for physicians and patients alike.

New intravitreal biosimilar anti-vascular endothelial growth factor (VEGF) therapies bevacizumab and ranibizumab have been proven to be effective and safe for nearly a half-dozen retina conditions, according to new data presented at the American Society of Retina Specialists (ASRS) Annual Meeting in Vancouver, BC.

Alay S. Banker, MD, of the Bankers Retina Clinic & Laser Center, India, presented a prospective consecutive case series of patients’ eyes with the above-listed conditions. Each patient received either of the 2 observed biosimilars, with comprehensive ophthalmic examinations and systemic evaluations conducted at both baseline and during patient follow-up visits.

Researchers measured for primary outcomes in change to best-corrected visual acuity (BCVA) and central subfield thickness, and complete vascularization in cases of ROP.

Researchers reported that all observed patient eyes had resolution of retinal edema with the central subfield thickness reducing from a mean 371.65 microtons to 327.76 (P < 0.01).

Visual acuity, as per LogMAR, significantly improved among patients, from 0.51 to 0.36 (P < 0.05). All eyes with threshold ROP showed complete vascularization.

None of the observed patients reported any blurred vision, ocular pain, or bulbar injection during follow-up visits, and intraocular inflammation was not noted in any cases. Patients also did not report any serious ocular or systemic adverse events.

In an interview with MD Magazine® while attending ASRS 2018, Banker expressed excitement for ranibizumab and bevacizumab, noting the latter’s background in treating non-lung small cell cancer. He noted that the cost of ranibizumab as a marketed therapy in India could cost patients up to $400 per injection.

The cost for either biosimilar should be about half that of the marketed drug, Banker said.

“What people are interested in is, if the efficacy is the same and if there are no safety issues either ocular or systemic, then you’re going to cut down the cost by half,” Banker said. “And I think this is particularly important in developing countries—and I’m sure it’s important in the US and developed countries.”

The most positive effect to come from new biosimilar analysis may be in improved treatment adherence, Banker said.

“We’ve been seeing real-world data versus trial comparative data where, in the real world, people are not taking as many injections as recommended in the trial, and that’s the reason why we’re not getting the good visual results,” Banker said. “If you have biosimilars which are equally effective as the drugs, that are cheap, I’m sure people won’t mind taking as much as recommended by the trials.”

The analysis, "New Biosimilar Bevacizumab and Ranibizumab for Retinal Diseases," was presented at ASRS 2018 on Monday.

You May Also be Interested in
Most Popular
What Literature Says About Pediatric Low Back Pain
Top 10 Painkillers in the US
Weekly Ketamine Infusions Show Initial, Repeated Depression Benefits
Do EMRs Provide Clinically Relevant Information?
Why Do Some People Get HIV After Exposure But Others Don't?