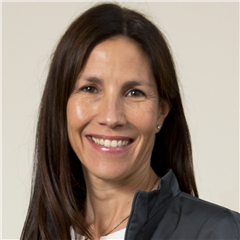 Intravitreal administration of ICON-1, an anti-tissue factor immunoconjugate protein, effectively reduced choroidal neovascularization (CNV) lesion size and led to complete drying of the retina when administered in combination with ranibizumab for patients with wet age-related macular degeneration (AMD), according to findings from the phase 2a EMERGE study.

Declines in CNV lesions were observed for most patients at 6 months. Moreover, 40% of patients could avoid retreatment with the combination compared with just 14.6% with ranibizumab alone and 17.2% with ICON-1 alone. Improvements in best-corrected visual acuity (BCVA) and reductions in central retinal thickness (CRT) were similar between the combination and ranibizumab arm.

A future phase 2b and a phase 3 trial are being planned to explore a higher dose of ICON-1 with anti-VEGF therapy for a longer study duration, according to Christine R. Gonzales, MD, who presented the findings at the 2017 American Society of Retina Specialists Annual Meeting. These studies are warranted, she believed, given the excellent tolerability of ICON-1.

"We did have favorable anatomic outcomes in the combination group at 6 months compared with the ranibizumab group, with fewer retreatments and a longer treatment-free interval," said Gonzales, an Ophthalmologist at the Retina and Vitreous Center of Southern Oregon. "This improved control in CNV was noted in terms of reduction in CNV area, greater proportion of complete drying of the retina, and a greater proportion of resolution of sub-RPE fluid."

In the EMERGE study, 88 patients with treatment-naive CNV secondary to AMD were randomized to receive ICON-1 alone (n = 30), ICON-1 plus ranibizumab (n = 30), or ranibizumab alone (n = 28). ICON-1 was administered at 0.3 mg in both groups and ranibizumab was given at 0.5 mg. After 3 initial monthly injections, patients remained blinded and could undergo retreatment if required. The primary endpoints focused on safety, BCVA, and CRT.

Given the low level of benefit seen with single-agent ICON-1, Gonzales focused most of her presentation on the combination group and the control arm. "Overall the ICON-1 monotherapy group had less favorable outcomes compared with the combination group and the ranibizumab control group," she said. "However, in this monotherapy group, visual acuity did remain stable and there was mild reduction in CRT."

The average number of treatments needed after month 3 was 1 for the combination group and 1.4 for the ranibizumab arm. Rescue treatment was needed for 6.7% of those with the combination arm compared with 11.1% for the single-agent VEGF inhibitor.

There were no serious ocular adverse events (AEs) reported, although some patients did experience treatment-emergent non-ocular AEs, most commonly pneumonia (4.5%). In the combination arm, the only treatment-emergent AE was myocardial infarction (n = 1). "None of these serious AEs were deemed to be related to the drug," said Gonzales.

"The ocular adverse events were what you would expect with an intravitreal injection," said Gonzales. "IOP elevations were transient and occurred right after the intravitreal injection. None required treatment and all normalized to within 5 mm of their IOP from when they arrived at the clinic before they left."

At this point, it is unclear when additional trials are scheduled to open for ICON-1 in AMD. Iconic Therapeutics, the company developing the fusion protein, has not announced timelines for future development. Gonzales CR, Burian G. A Phase 2 Study (EMERGE) Evaluating Repeated Intravitreal Administration of ICON-1 in Patients with Choroidal Neovascularization (CNV) Secondary to Age-Related Macular Degeneration (AMD). Presented at: 35th Annual Meeting of the American Society of Retina Specialists; August 11-15, 2017; Boston, Massachusetts.