C3F8 Superior to SF6 and Air in Treatment of Vitreomacular Traction 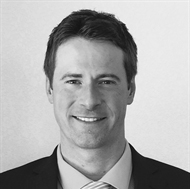 Researchers have ranked the efficacy of 2 gases compared to air for the treatment of vitreomacular traction (VMT), creating a more coherent clinical pathway for physicians looking to treat the condition.

Both C3F8 and SF6 were more effective than air alone in producing positive VMT outcomes, according to Nathan C Steinle, MD, of the Cleveland Clinic’s Cole Eye Institute. However, C3F8 was superior relative to all options.

The review included 77 eyes, making it the largest series to date regarding the comparison of 3 gases for the treatment of VMT. In the review, consecutive patients with VMT were treated with one of the 3 gases (SF6, C3F8, or air). Researchers reviewed changes in tonometry and outer retinal band shape.

Mean follow up was 6.2 months, Steinle said, and visual acuity improved slightly in all treated groups with no changes in tonometry.

“As I presented this in the past, people kept asking, ‘Well, are all gas bubbles the same? Could you use something else?’ The gases certainly have a different property inside the eye. We all know that air alone only lasts about 3 or 4 days and has no expansile properties,” Steinle said. “You can use Sf6, which lasts about 2 weeks and expands twice, or you can use C3F8, which expands about 3 or 4 times, but only lasts about 2 to 2.5 months in the eye, so there are certainly different choices.”

In the clinical trial,C3F8 had superior release rates versus SF6 or air (p<0.05).

According to Steinle, many physicians also asked if bigger is better when it comes to gas bubbles and VMT treatment.

“When it comes to VMT, bigger is better,” he said.

Limitations of the study were retrospective in nature, and included the fact that only 127 patients were treated, even though this marked the largest trial of its kind. Further, the mean follow up was roughly 6 months.

“The conclusions would be that pneumatic vitriolisis is a simple, very cost-effective option in the treatment of symptomatic VMT,” Steinle said. “The release rate was highest with C3F8, less with SF6, less with ocriplasmin and much less with air.”

In the clinical trials, the introduction procedure was very well tolerated, he added.

“Anyone can do it, but do warn patients that flota will develop. That’s something to actualy expect and look forward to as the air releases,” Steinle said.

You May Also be Interested in
Most Popular
Adam Friedman, MD: Returning to Normal During the COVID-19 Pandemic
Study Finds Marijuana Use Not Linked to Increased Stroke Risk
Immunotherapies at the Forefront of COVID-19 Treatment Research
Free Webinar, Derm Clinical Updates: Keeping Up with COVID-19
US Medical Groups Share Front Against Racism, Healthcare Disparity