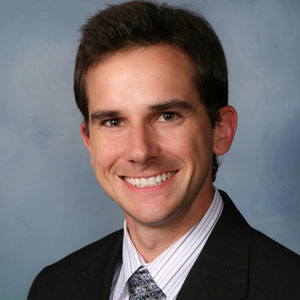 Intravitreal bevacizumab (Avastin) effectively lowered the risk of retinal detachment (RD) recurrence after primary pars plana vitrectomy (PPV), when compared with a retrospective control group, according to a poster presented at the 2017 American Society of Retina Specialists Annual Meeting.

In the small study, bevacizumab cut the number of re-detachments in half compared with traditional numbers. The reduction in RD recurrence seen with bevacizumab could indicate a reduction in proliferative vitreoretinopathy (PVR), which has been one of the largest obstacles to successful repair.

"Although much effort has been dedicated to attempt lowering the risk of PVR development in the setting of a primary rhegmatogenous RD, currently no medical interventions have successfully addressed this problem," said lead author Alexander Ringeisen, MD, from the Department of Ophthalmology and Visual Sciences at the University of Wisconsin. "The early results of the BEARRD trial are promising which exhibit a decreased rate of retinal re-detachment in patients treated with bevacizumab at the time of primary retinal detachment repair with PPV."

Several prior studies have unsuccessfully explored options to reduce the risk of post-operative PVR. Some of the agents explored include 5-fluorouracil with low-weight heparin, daunorubicin, triamcinolone, dexamethasone implant, colchicine, and VIT100 ribozyme.

For the phase II study, which was also known as BEARRD, primary PPV was performed after gas insufflation. Bevacizumab was administered into the vitreous cavity through a cannula at a dose of 1.25 mg. All patients were undergoing PPV for rhegmatogenous retinal detachment (RRD). Those with preoperative PVR, prior treatment with an anti-VEGF therapy, or a silicone oil tamponade were excluded.

Overall, 71 eyes were prospectively enrolled into the study. The mean age of patients was 62.4 years and 53.5% of RDs were in the right eye. Most repairs were for males (70.4%).

For a comparator, a retrospective chart review was performed using similar criteria as study enrollment. RRD repairs in the control group were performed by 5 surgeons from 2/1/2012 to 8/31/2014. Overall, 195 eyes met the criteria for the control, at a mean age of 58.8 years. A slight majority had RRD in the right eye (52.3%) and 64.1% were males.

The re-detachment rate in the prospective bevacizumab-treated group was 5.6% compared with 13.3% in the retrospective cohort, representing a statistically significant difference (P = .079). Furthermore, there were no serious ocular side effects noted from the injection of bevacizumab at the time of PPV.

At the time of analysis, patients had been followed for 3 to 6 months, with further follow-up warranted. Moreover, the authors noted, given the benefit seen with bevacizumab, additional enrollment in the study is justified.