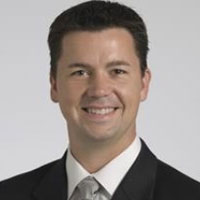 The assessment tool utilized ultrawide-field angiography (UWFA) and optical coherence tomography (OCT) angiography along with a quantitative analysis tool to track dynamics over time. Following treatment with aflibercept, there was a -10% reduction in microaneurysms, a -47% reduction in leakage, and a -53% drop in ischemia. Initial 6-month data from the study were presented at the 2017 American Society of Retina Specialists Annual Meeting.

"Quantitative segmentation may present a unique opportunity for potential endpoints, and understanding some of the changes for patients and why they may or may not be responding to a specific therapy," said lead investigator Justis P. Ehlers, MD, from the Cole Eye Institute at the Cleveland Clinic. "This may be useful when we're considering switching patients. Studies looking at this are being planned, at this point."

While prior studies have utilized quantitative measurement tools, widespread availability for this approach is lacking. For assessment of vascular dynamics in the PERMEATE study, spectral-domain OCT was conducted monthly and UWFA was done quarterly along with OCT angiography. Prior to the study, the tool underwent quantitative and qualitative validation via manual segmentation.

"This type of quantitative assessment has been lacking across phase 3 trials, mostly related to the widespread lack of availability of tools that make this relatively easy for the clinician to analyze," said Ehlers. "Various groups are working on these tools to look at different quantitative assessment tools for angiographic features, both on standard and wide-field angiograms."

To assess the feasibility of a quantitative tool, the PERMEATE study enrolled 26 participants at a mean age of 67 years (range, 46-84). Most patients were male (82%) and the baseline visual acuity was 20/80 with a 55 ETDRS letter score. The baseline central subfield thickness (CST) was 505 μm. All patients had fluid present, with half having subretinal fluid at the time of enrollment.

Sixty-four percent of patients had diabetes and 71% were hypertensive. Twenty-nine percent had glaucoma. The main diagnoses were DME (46%), branch RVO (19%), and central RVO (35%).

The mean VA after 6 months of aflibercept was 20/40, and 38% of eyes had a 3-line gain while none had a 3-line loss. There was an average gain of approximately 17 letters at 6 months. CST was reduced by -240 μm and 54% of patients had no fluid present at 6 months. Additionally, all cases of subretinal fluid resolved by month 6.

"In terms of visual acuity, we see excellent outcomes, as would be expected. From an anatomic standpoint, we also see significant improvements, as to be expected," said Ehlers. "When we look at the angiographic data we also see improvements from a qualitative standpoint, such as leakage, aneurysms, and as well as ischemia."

There were several limitations inherent to the study, such as the small sample size, the lack of a control or comparative therapy group, and the preliminary nature of the results. Final results from the study are expected in 6 months. Additionally, analyses are planned to explore the impact of the underlying diagnosis and different dosing strategies. Ehlers JP, Rachitskaya AV, Srivastava S, et al. Peripheral and Macular Retinal Vascular Dynamics in DME and RVO Following Aflibercept Therapy: The PERMEATE Study 6-Month Results. Presented at: 35th Annual Meeting of the American Society of Retina Specialists; August 11-15, 2017; Boston, Massachusetts.

You May Also be Interested in
Most Popular
Adam Friedman, MD: Returning to Normal During the COVID-19 Pandemic
Study Finds Marijuana Use Not Linked to Increased Stroke Risk
Immunotherapies at the Forefront of COVID-19 Treatment Research
US Medical Groups Share Front Against Racism, Healthcare Disparity
Experts Advise on Asthma Care, Management during COVID-19