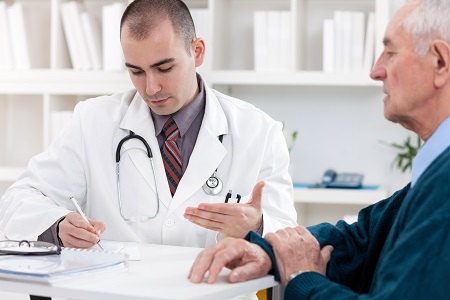 In an ideal world, every patient would adhere to their medication dosage and frequency to a T – needless to say, that isn’t the case. An analysis presented at the 34th Annual Scientific Meeting of the American Society of Retina Specialists (ASRS 2016) in San Francisco, California looked at “real world” outcomes with anti-vascular endothelial growth factor (VEGF) drugs to treat wet age-related macular degeneration (AMD).

Vision loss is a very real, potential outcome of AMD. Anti-VEGF drugs have shown to successful prevent retinal damage and central vision loss; however, adherence to treatment remains an issue. Outcomes vary when it comes to real-world versus randomized controlled trials. Real-world incidences have poor visual outcomes as well as a 20% to 30% dropout rate within the first year. In a presentation at ASRS 2016, Thomas Ciulla, MD, MBA, an ophthalmologist from Indiana, started off with the three questions the analysis aimed to answer:

1.  What are the outcomes?
2.  Who is at most risk for vision loss?
3.  What is happening with patients lost to follow-up?

To evaluate the risk of vision loss as associated with baseline visual acuity (VA), Ciulla and colleagues reviewed 2,213 patients who were diagnosed with wet AMD at some point from January 2011 to July 2013. All of these patients – 63% female and an average age of 82 – had follow-up data available to July 2015. They had received at least three monthly injections during the first four months. Out of the patients, 70% received bevacizumab, 17% received ranibizumab, and 13% received aflibercept. The participants were categorized into cohorts by how long they remained available during follow-up: six months (97 patients), 12 months (195 patients), or 24 months (1,921 patients).


Continue Reading (Page 2) >>
You May Also be Interested in
Most Popular
The Fear of the Coronavirus, and the Reality of the Flu
FDA Approves IV Meloxicam for Pain Management
Top 10 Painkillers in the US
Education is Key in Spreading Awareness of Rare Heart Condition
Apomorphine Helps Increase On Time Response for Parkinson Disease Patients