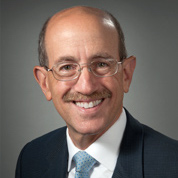 In a pair of trials, investigators find roxadustat increases hemoglobin levels in both non-dialysis and dialysis-dependent patients with anemia from chronic kidney disease.

During the American Society of Nephrology (ASN) Kidney Week in Washington, D.C., investigators from AstraZeneca presented the results from a pair of phase III trials, dubbed OLYMPUIS and ROCKIES, that showed roxadustat significantly increased hemoglobin levels in both non-dialysis-dependent and dialysis-dependent patients with anemia from chronic kidney disease.

Roxadustat is an investigational hypoxia-inducible factor prolyl hydroxylase inhibitor (HIF-PHI) that has the potential to promote erythropoiesis by increasing endogenous production of erythropoietin and improving iron regulation and overcoming the negative impact of inflammation on hemoglobin synthesis and red blood cell production, resulting in a downregulation of hepcidin.

In the OLYMPUS trial, investigators compared the drug with a placebo, while the ROCKIES trial compared roxadustat to epoetin alfa.

In the OLYMPUS study, investigators found that roxadustat demonstrated a mean increase of 1.75g/dl over weeks 28-52, while a placebo showed an increase of just .40g/dl over the same timeframe, achieving the primary efficacy endpoint.

The investigators also found that roxadustat improved hemoglobin levels from baseline in a subgroup of patients with elevated high-sensitivity C-reactive protein (hsCRP) levels of greater than 5 mg/L, with a statistically significant mean increase of 1.73g/dL, compared to .62g/dL with placebo, a secondary endpoint.

The most frequently reported adverse events were end-stage renal disease, pneumonia, urinary tract infection, and hypertension. However, other there were some serious adverse events reported including azotemia, sepsis, acute kidney injuries, and hyperkalemia.

In the trial, the medication also improved hemoglobin levels from baseline in a subgroup of patients with elevated hsCRP levels of greater than 5 mg/L, demonstrating a statistically significant improvement with a mean increase of .80g/dL.

Patients taking epoetin alfa had a mean increase of .59g/dL.

The investigators also found that patients treated with roxadustat used less monthly intravenous iron (mean = 59 mg) compared to those treated with epoetin alfa (mean = 91mg) from week 36 to the conclusion of the study.

Some of the adverse events reported in the ROCKIES trial included diarrhea, hypertension, pneumonia, headache and arteriovenous fistula thrombosis. These events were similar to those found in patients treated with epoetin alfa.

Overall, the trials were seen as a positive step forward for this patient population.

“These data demonstrated that roxadustat effectively increased hemoglobin levels for patients with anemia from chronic kidney disease, including those who show signs of inflammation,” Steven Fishbane, MD, Zucker School of Medicine at Hofstra/Northwell and primary investigator on the 2 studies said in a statement. “Patients who experience chronic inflammation are often more difficult to treat than the overall chronic kidney disease patient population, emphasizing the need for new treatment options.”


You May Also be Interested in
Most Popular
Migraine and Depression: It's All the Same Brain
For Robin Williams, Diagnosis Came Too Late
Can Cough Medicine Treat Depression?
How Pregnancy Affects a Tummy Tuck
When to Suspect Diarrhea is Symptom of a Clostridium Difficile