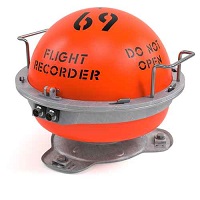 It was months ago that the American Society of Interventional Pain Physicians chose aviation safety expert, author, and broadcast air disaster analyst John Nance to be keynote speaker at its annual meeting that started today in Orlando, FL.

But with the deliberate March 24 crash of the German Wings jet still in the news, Nance said the timing was apt.

“That some renegade pilot could do this just pulls the rug out from under us,” said Nance, a retired  military and commercial pilot who now lectures health organizations about medical safety. He makes frequent comparisons to flight safety. The recent crash, in which a suicidal pilot flew Flight 9525 into the Alps and killed 150 on board,  “was beyond dastardly,” Nance said. The lesson for medical professionals concerned about disastrous events in their own profession is this, he said: before we put a major fix on a problem we have to make sure it does not create new problems, and that the cure is not worse than the malady.”

He was speaking of the post-911 changes meant to make cockpits secure by allowing pilots to lock themselves in. It was that innovation that made it possible for the pilot’s suicidal/homicidal act.

The analogy was to the Affordable Care Act, which Nance said was an earnest attempt to correct the course of the US way of providing health care, something that needed to be done, he said.

The consequence for physicians is that it also spells the end of traditional way of paying for medical care, and the physician’s role in deciding what that care will be, he warned. “We are on the edge of an abyss, the end of fee-for-service as we know it,” but change is coming and it is “massive, immediate” and unstoppable. “This storm is not going to blow over,” Nance said.

With 18.1% of of the US gross national product (GNP) spent on health care, the spending growth is faster and the percentage larger than the 7% of GNP in Greece that he said tipped that nation’s economy into failure. That cannot continue, he said.

At the center of change under the ACA is a refocus from a physician-centered system to one that is patient-centered, a move away from seeing a physician as omnipotent to one that stresses the need for team care and team decisions.

Medicine as traditionally practiced in the US has been “a cottage industry that grew into a medical-industrial complex” he said.
“Now we’re headed into the wall at 90 mph.”

Physicians aren’t the only ones who need to brace for a collision, he warned. Patients have to get used to the idea that they will be paying more for care and that the notion that Americans should get the best care in the world—but not have to pay out of pocket—is no longer the paradigm.

On a brighter note, he said that shift in thinking should benefit interventional pain physicians, since part of the speciality’s mission is to perform therapies and procedures which, though sometimes invasive, carry less risk than surgery and at a lower cost.

At its best, interventional pain management also allows patients to resume their lives, and as such promotes wellness, a big ACA goal.

At the same time, the ACA’s move toward medicine-by-the-numbers may appear to threaten the physician’s role. Returning to his pilot experience, Nance said that does not mean medicine will be totally mechanized. Just as it is unlikely passengers would ever feel safe or confident in a plane flown solely by computers, physicians should rest assured that patients will always turn to them for care and advice.

The danger is in letting the numbers-crunchers decide what that care should be.

“You have to be more vocal,” he said, urging members to continue lobbying to make sure that reimbursement is at reasonable rates, despite the necessary changes in making health care costs “affordable” to payers. “This storm is not going to blow over,” Nance said.


You May Also be Interested in
Most Popular
The Fear of the Coronavirus, and the Reality of the Flu
Maternal Vitamin D Deficiency Increases Risk of ADHD in Offspring
Hospitalists Taking Advantage of the iPhone
Tonsil Removal Surgery Could Have Negative Impact on Patient Immune System
Navy Medicine: A Strategic Roadmap for Implementing a Virtual Mental Health Program