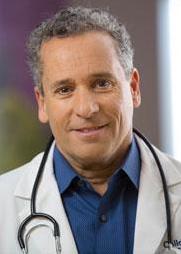 Results of a phase 3 clinical trial indicate bodyweight-adjusted rivaroxaban has a similar efficacy and safety profile in the treatment of venous thromboembolism in children as exhibited with the 20 mg daily dosage for adults.

The trial, which is the first to establish a dosing protocol for a liquid formulation of a direct oral anticoagulant for children 17 or under with venous thromboembolism, was presented the American Society of Hematology (ASH) 2019 annual meeting in Orlando.

“We identified the right dose for every single age group and body size from 2 kilograms to almost 140 kilograms, and all the results were within the same range of exposure and efficacy as that seen in adults,” said lead investigator and study presenter Guy Young, MD, of the Children’s Hospital Los Angeles Cancer and Blood Disease Institute and the University of Southern California Keck School of Medicine.

As part of the EINSTEIN-Jr. Program, the trial sought to establish and illustrate the dose-exposure-response relationship of rivaroxaban in children of varying size and age. Investigators had previously presented results highlighting the therapy’s safety and efficacy in children, but the ASH 2019 presentation was the first to shed light on the appropriate dosing, schedule, and formulation for administering rivaroxaban.

Investigators obtained the 24-hour area under the plasma concentration-time curve and trough and maximum steady-state plasma concentrations through population PK modeling. Additionally, exposure-response-graphs were created to assess the potential relationships of individual PK parameters with recurrent venous thromboembolism, change in thrombus burden at repeat imaging, and bleeding or adverse events.

Upon analyses, investigators found symptomatic recurrent venous thromboembolism occurred in fewer than 2% of patients treated with rivaroxaban. Investigators also noted imaging outcomes in asymptomatic children most classified as improved or normoalized—with a small percentage of patients reported no relevant change or deterioration.

Investigators pointed out there was no clustering for any of the PK parameters including efficacy, bleeding, and adverse event outcomes. They concluded their child-friendly formulation observed in the trial should be applied to real-world patients, under a license which regulates rivaroxaban's use among all pediatric patients.

“This clinical trial program was meant to bring a newer, easier-to-administer, more effective, and safer medication for children—basically, a win-win-win,” Young said.

This study, titled “Rivaroxaban for Treatment of Pediatric Venous Thromboembolism: an Einstein-Jr Phase 3 Dose-Exposure-Response Evaluation,” was presented at ASH 2019.

You May Also be Interested in
Most Popular
Miscarriage Associated with High Levels of Post-Traumatic Stress
Medical Marijuana Could Improve Sleep Quality for Chronic Pain Patients
FDA Approves Teprotumumab for Thyroid Eye Disease
Top 10 Painkillers in the US
What Should I Do With This Abnormal ALT?