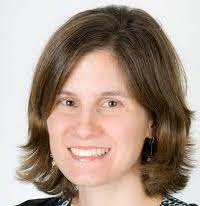 There may soon be a cure for sickle cell disease.

A team of investigators, led by Erica B. Esrick, MD, Children’s Hospital Boston, presented in a late-breaking abstract at the American Society of Hematology (ASH) 2019 a pilot and feasibility gene therapy study demonstrating the safety of an infusion of BCH-BB694-transduced autologous CD34+ cells in patients with severe sickle cell disease.

The approved open-label study was not randomized and held at a single center, where 3 adult patients were enrolled with more than 6 months of follow up.

Autologous CD34+ cells were collected by plerixafor mobilization and then transduced ex vivo with the BCH-BB694 shmiR lentiviral vector.

After testing and releasing the gene modified cells, the investigators infused them into the patients, who had received busulfan conditioning.

They did not find any grade 3 or 4 adverse events linked with mobilization, collection, or infusion. All 3 of the adult subjects, which were between 21-26 years old, demonstrated neutrophil engraftment on day +22 with adverse events consistent with busulfan conditioning.

There also were not any adverse events related to the gene therapy product and vector copy number was stable in bone marrow (BM) and peripheral blood (PB) in all cell lineages during the length of the study, with the latest time point studies at 15 months and ranged from .45-2.85 copies per cell in erythroid progenitor cells.

“CL11A protein levels evaluated by immunoblot in subject BCL002 at 30 days (PB) and 6 months (BM) post-infusion showed highly effective and selective knockdown of BCL11A in erythroid progenitors with no reduction in BCL11A expression in B lymphoid cells,” the authors wrote. “The number of HbF-containing cells (F cells) was assessed by flow cytometry and the kinetics of F cell production was remarkably similar in all subjects.”

“The advantage of this over other approaches we think is that the defective sickling beta globin is down regulated at the same time that the fetal hemoglobin is induced and the ratio of alpha to beta globin chains remained balanced,” Williams said.

Because of a pre-existing moyamoya, 1 of the patients resumed red cell transfusions at 3 months using a pre-defined conservative trigger value of 40% sickle Hb in whole blood.

The 2 untransfused subjects produced 70% F-cells in peripheral blood at 3 and 5 months and remained stabled until the last point assayed—15 months and 7.5 months.

The calculated average HbF per F cell was greater than 10 pg in all subjects and a quantitative single cell HbF flow analysis showed the majority of F cells had greater than 4 pg F/cell. This level is believed to prevent sickling under physiological oxygen saturation.

The total Hb remained stable in both untransfused subjects, with evidence of reduced hemolysis by reticulocyte count and LDH.

“At the 3-month time point before re-starting transfusions, the subject with moyamoya had a pre-transfusion Hb of 11 g/dL with 76% of non-transfused cells containing on average 17pg F/F cell,” the authors wrote. “For all subjects, we estimated the fraction of RBCs containing significant Hb sickle polymers and the amount of polymer in each sickled RBC at physiologic oxygen tension (where 50% of monomeric hemoglobin was oxygen saturated, or the P50).”

Ultimately, the study points to a potential cure for sickle cell.

Williams said the current plan is to extend the current pilot trial to 15 subjects, while adding additional biomarkers. They also plan to conduct the next phase 2 or 3 study at multiple sites.

You May Also be Interested in
Most Popular
American Thoracic Society Releases Temporary COVID-19 Guidance
Comparing RT-PCR and Chest CT for Diagnosing COVID-19
Treating Asthma in the Age of the Coronavirus
Flu Cases Near 30 Million in the US, CDC Reports
How to Spot a Bad Doctor