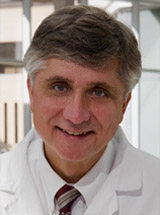 Results of a new Penn Medicine study indicate there may be a new treatment option for lymphoma patients could be on the horizon.

“There is still a large need for new treatments in relapsed or refractory cases, since some patients fail CAR-T and others are too sick to wait for cell manufacturing,” said Stephen J. Schuster, MD, director of the Lymphoma Program at the Abramson Cancer Center of the University of Pennsylvania. “One of the benefits of this treatment is that it’s ‘off-the-shelf,’ meaning it does not need to be manufactured for each patient.”

The open-label, multicenter phase 1/1b study trial examining mosunetuzumab—a full-length, fully humanized immunoglobulin G1 bispecific antibody targeting both CD3 and CD20—involved 270 patients and was presented at the American Society of Hematology (ASH) 2019 Annual Meeting in Orlando. Patients in Group B of the study, which was the portion presented at ASH 2019, received mosunetuzumab with step-up dosing on days 1, 8 and 15 of Cycle 1 and, subsequently, as a fixed-dose on day 1 of each 21-day cycle. Investigators noticed the maximum number of cycles was 17.

Of the 270 included, 85 patients had indolent non-Hodgkin lymphoma and of them, 82 were follicular lymphoma, 180 had aggressive non-Hodgkin lymphoma and 117 were diffuse large B-cell lymphoma or transformed follicular lymphoma.  The primary outcome measure of the study was best objective response rate as measured by revised International Working Group criteria, maximum tolerated dose, and tolerability.

Investigators pointed out there were no observed correlations between frequencies of cytokine release syndrome and neurological adverse events with mosunetuzumab exposure.

Based on the results of the trial, investigators suggested mosunetuzumab had favorable tolerability and durable efficacy profile in patients with pre-treated resistant or refractory B-cell non-Hodgkin lymphoma.

This study, titled “Mosunetuzumab Induces Complete Remissions in Poor Prognosis Non-Hodgkin Lymphoma Patients, Including Those Who Are Resistant to or Relapsing After Chimeric Antigen Receptor T-Cell (CAR-T) Therapies, and Is Active in Treatment through Multiple Lines,” was presented at ASH 2019.

You May Also be Interested in
Most Popular
FDA Approves Teprotumumab for Thyroid Eye Disease
Medical Marijuana Could Improve Sleep Quality for Chronic Pain Patients
Top 10 Painkillers in the US
What Should I Do With This Abnormal ALT?
JUUL Use Significantly Jumped Among Young US Adults Since 2018