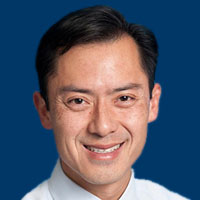 Results of a phase 3 study presented at the American Society of Hematology (ASH) 2019 annual meeting indicate a novel oral therapy could be the first maintenance therapy to provide significant and meaningful improvements in overall survival (OS) and relapse-free survival (RFS) in patients with acute myeloid leukemia (AML) in remission.

The QUAZAR AML-001 maintenance trial revealed patients receiving CC-486, which investigators described as an oral hypomethylating agent that allows for prolonged drug exposure during each treatment cycle to sustain therapeutic activity, had median OS prolonged by 9.9 months and median RFS more than double that of patients receiving placebo.

“Based on the results of this landmark clinical trial, we hope that maintenance therapy with CC-486 might represent a potential new therapeutic standard for patients aged 55 years and over with AML in first remission,” said Andrew Wei, MBBS, PhD, Victorian Cancer Agency Research Fellow and Haematologist, during his presentation at ASH 2019.

QUAZLAR AML-001 was designed as an international, multicenter, placebo-controlled, double-blind, randomized study seeking to evaluate the safety and efficacy of CC-486 as maintenance therapy in patients 55 or older with AML in first remission following induction chemotherapy. Per study design, patients were randomized in 1:1 ratio to receive CC-486 300 mg or placebo therapy once-daily on days 1 through 14 of repeated 28-day treatment cycles within 4 months of achieving complete remission or complete remission with incomplete blood count recovery (CRi).

Investigators noted a 21-day dosing schedule was permitted for patients who experienced AML relapse with 5 to 15% blasts in blood or bone marrow during the study. Treatment was allowed to continue indefinitely until the presence of less than 15% blasts, unacceptable toxicity, or hematopoietic stem-cell transplant.

The primary endpoint of the study was overall survival and secondary endpoints included RFS, health-related quality of life, and safety. Investigators used a stratified Cox proportional hazards model to calculate hazard ratios and confidence intervals and Kaplan-Meier estimates of overall survival and RFS to compare CC-486 with placebo through a stratified log-rank test.

For inclusion, eligible patients need to have de novo or secondary AML, an ECOG PS score of 3 or greater, have intermediate- or poor-risk cytogenetics, and patients could not be candidates for hematopoietic stem-cell transplant. In all, 472 patients were included in the study, of which 238 received CC-486 and 234 received placebo therapy.

Of the patients included, the median age was 68 years, 91% had de novo AML, 80% had received consolidation chemotherapy, and 86% and 14% had intermediate-risk or poor-risk cytogenetics, respectively. Additionally, 81% of patients achieve complete remission and 19% achieved CRi following inductions. The median follow-up for the study was 41.2 months.

In regard to safety, investigators noted CC-486 had a manageable safety profile, which they considered to generally consistent with that of injectable azacitidine. The most frequently reported adverse events with CC-486 and placebo were grade 1 or 2 gastrointestinal events—specifically, nausea (64% and 23%, respectively), vomiting (59%, 10%), and diarrhea (49%, 21%). Serious adverse events occurred in 17% of patients receiving CC-486 and 8% of patients in the placebo arm. Discontinuation due to adverse events occurred in 5% of CC-486 patients and 0.4% of placebo patients.