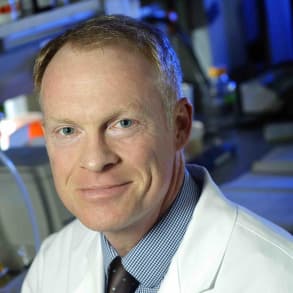 “Blinatumomab is superior to chemotherapy as a post-reinduction consolidation prior to transplant,” Brown said. “This is due to fewer and less severe toxicities, higher rates of MRD response, greater likelihood of proceeding to transplant, and improved disease-free and overall survival.”

In an effort to compare disease-free survival rates of HR/IR first relapse B-ALL patients between the ages of 1 and 30 years old, investigators conducted a randomized trial following re-induction chemotherapy where patients received either 2 intensive chemotherapy blocks or 2, 4-week blocks of blinatumomab. For the purpose of the current analyses, patients with 25% or greater marrow blasts after block 1 were ineligible for randomization.

Investigators pointed out post-induction death occurred in 4 patients in the control group, but there were zero instances of death in the blinatumomab group (P=0.05). In regard to adverse events, investigators noted relative rates of febrile neutropenia, infections, sepsis, and mucositis were higher for Block 2/3 in the control group compared to blinatumomab cycle 1/2.

When examining the rate of patients successfully transiting from randomization to HSCT, investigators observed varying differences in success rates between the two groups. In the control group, just 45% of patients proceed to HSCT compared to 73% of patients in the blinatumomab group (P<0.0001).

This study, titled “A Randomized Phase 3 Trial of Blinatumomab Vs. Chemotherapy As Post-Reinduction Therapy in High and Intermediate Risk (HR/IR) First Relapse of B-Acute Lymphoblastic Leukemia (B-ALL) in Children and Adolescents/Young Adults (AYAs) Demonstrates Superior Efficacy and Tolerability of Blinatumomab: A Report from Children’s Oncology Group Study AALL1331,” was presented at ASH 2019.