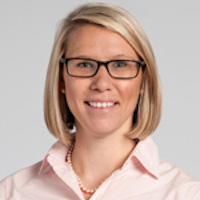 Closing the racial gap for patients in acute myeloid leukemia (AML) clinical trials could lead to better medications to treat the debilitating disease.

During the American Society of Hematology (ASH) 2019 annual meeting in Orlando, a team of investigators, led by Abby Statler, PhD, MPH, Cancer Biostatistics, the Cleveland Clinic, explored the validity of potential bias within acute myeloid leukemia (AML) and characterized the comorbidity profile, while comparing outcomes between African Americans and white patients with AML.

Minority patients are often underrepresented in clinical trial. For example, the amount of minority patients in cancer studies has decreased recently, especially among African Americans.

However, 1 reason to increase minority patients in clinical trials is that the minority patient populations generally have higher rates of comorbidities and restrictive eligibility criteria could possibly contribute to systematic exclusion from studies.

AML risk was categorized according to the 2017 European LeukemiaNet (ELN) risk stratification and organ dysfunction was defined as ≥ grade 1 per the Common Terminology for Adverse Events.

The 2 groups were equally likely to receive intensive therapy (P = .68).

The median follow-up 12.73 months and the median overall survival for the cohort was 14.75 months and did not differ by race.

With exception of liver comorbidities (OR, .17; P = .01), the analysis failed to identify significant evidence of association between response and comorbidities and organ dysfunction.

African Americans were also less likely to achieve a clinical response (AA vs. whites: OR, .56, P =.05), there was no association between response and creatinine/CrCl abnormalities, regardless of severity.

Overall, the investigators found some reasons why there is a discrepancy between the races for clinical trial enrollment.

“Within this cohort, renal function eligibility criteria may be an important barrier to enrollment, specifically within the AA population,” the authors wrote. “Since there is no association between clinically insignificant renal laboratory values and OS or response, the liberalization of such criterion may be justified.”

The investigators suggest that future trials should broaden the renal function eligibility criterion to potentially accrue more diverse patient populations, which could reduce recruitment racial disparities and improve the generalizability of the trials’ results.


Brought to you by: