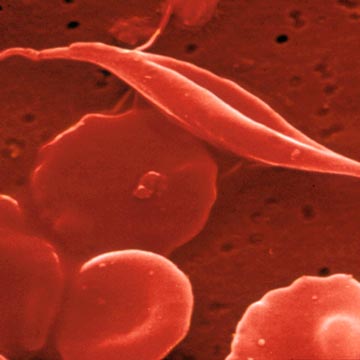 A team of investigators, led by Xu Zhang, PhD, Department of Medicine, University of Illinois at Chicago, examined the correlation of biomarkers that reflect major aspects of the sickle cell disease patho-physiology—hemolysis, anemia, hypoxia, inflammation, and iron overload—with cardiopulmonary, renal, and live dysfunction in adult patients.

The study, which was presented at the American Society of Hematology (ASH) 2019 annual meeting, provides observational evidence for the etiologies of sickle cell organ damage by assessing the relative strength of outcomes linked to the biomarkers.

A total of 442 adult patients with sickle cell disease were included in the cohort study. The median age of the patients in the study was 31 years old and 77% of the patients had severe β hemoglobin mutation genotypes (HbSS, HbSβ0-thalassemia, HbSOarab).

For those suffering from sickle cell disease, chronic anemia, hypoxia, and nitric oxide scavenging related to intravascular hemolysis is linked to diastolic dysfunction and pulmonary hypertensions. Free hemoglobin, along with heme released during hemolysis can cause oxidative stress and exacerbate vascular inflammation.

In the multi-marker analysis, the investigators found that anemia and hypoxia (low HCT, low O­­2 saturation) was associated with greater left atrial diameter and high TRV.

Cholestasis had a profile of biomarker associations similar to decreased hepatocyte integrity.

“Our study indicated significant correlations of anemia and hypoxia with both left heart enlargement and elevated pulmonary arterial systolic pressure,” the authors wrote. “Our study also underscores a significant impact of iron overload on renal and liver damages.”