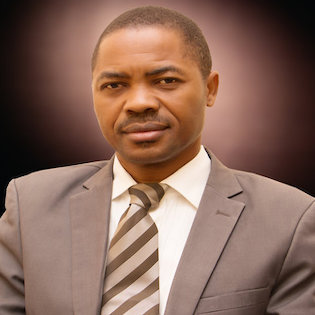 Oral arginine may serve as a significantly beneficial adjuvant therapy for children with sickle cell anemia, according to new findings presented at the American Society of Hematology (ASH) 2019 Annual Meeting in Orlando.

Led by Richard Onalo, FCPaed, of the Department of Pediatrics at University of Abuja, investigators sought to determine the role of oral arginine in VOE management among children with sickle cell anemia in Sub-Saharan Africa. The opioid-sparing effects of arginine was shown to significantly decrease pain scores in hospitalized children with sickle cell anemia in a phase 2, randomized, placebo-controlled trial conducted in the US earlier this decade.

Onalo and colleagues conducted the double-blind, randomized, controlled trial with 100 mg/kg oral L-arginine, dosed every 8 hours for up to 5 days or 15 doses, in children with sickle cell anemia hospitalized in 1 of 2 Abuja-based facilities. Included children scored at least a 7 of 10 on the Numerical Pain Scale Score (PS).

The worst reported pain score on day 5 were lower in children treated with arginine versus placebo, and the mean rate of pain score decline was greater among treated patients (1.5 vs 1.1 cm/day; P = .009).

Just as arginine deficiency plays a role in hospitalizing acute pain among both Nigerian and US children with sickle cell anemia, oral arginine adjuvant therapy has now been shown to benefit both patient populations.

The team concluded the oral supplement therapy is a promising add-on to the sickle cell anemia-VOE management regimen.

The study, “Oral Arginine Therapy As a Novel Adjuvant in the Management of Acute Pain in Children with Sickle Cell Anemia in Nigeria: A Randomized Placebo-Controlled TrialClinically Relevant Abstract,” was presented at ASH 2019.

You May Also be Interested in
Most Popular
The Fear of the Coronavirus, and the Reality of the Flu
MDNN: CVS Health Buys Aetna, D-cycloserine for Tuberculosis, Unsafe Abortions, and Childhood Obesity
The Art of HANDOFFS: A Mnemonic for Teaching the Safe Transfer of Critical Patient Information
Bempedoic Acid and Ezetimibe Combination Approved by FDA for Lowering LDL-C
Top 10 Painkillers in the US