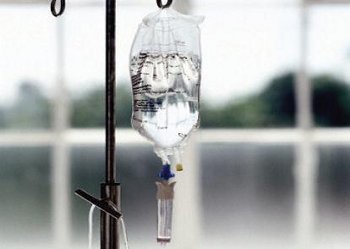 The data, presented at the American Society of Clinical Oncology (ASCO) 2019 Annual Meeting in Chicago, IL, show SC administration of the therapy is comparable—if not more efficacious in certain aspects—as a method of care for patients with the rare condition.

Investigators—led by Maria-Victoria Mateos, MD, PhD, associate professor of Medicine at the University of Salamanca in Spain—conducted a randomized, open-label, non-inferiority trial comparing SC and IV administration of daratumumab among 522 patients with RRMM.

Median patient age was 67 years, and median baseline weight was 73 kg (160.9 lbs). They received a median 4 lines of therapy (LOT) after therapy regimens of daratumumab once-weekly for the first 28-day cycles (C1-2), once every 2 weeks for C3-6, and once every 4 weeks thereafter. Daratumumab 1800 mg plus recombinant human hyaluronidase PH20 (rHuPH20; ENHANZE) SC was administered to 263 patients; daratumumab 16 mg/kg IV was administered to 259 patients.

SC form of the therapy was given over 3-5 minutes at alternating left and right abdominal sites. Patients must have received at least 3 prior LOT, or were double refractory.

Investigators assessed for co-primary endpoints of overall response rate (ORR) as per the Farrington-Manning test, with non-inferiority defined as 60% ORR retention. They also gauged for non-inferiority as pre-dose C3D1 daratumumab Ctrough, with achievement measured as lower bound of 90% confidence interval for the ratio of geometric means of at least 80%.

Mateos and colleagues concluded efficacy and pharmacokinetic endpoints were met, as daratumumab SC reported non-inferiority to the IV therapy—while also decreasing on infusion-related reaction rates and time to administration and showing a comparable safety profile.

The findings support phase 1b results showing potential benefits of daratumumab SC plus rHuPH20 in patients with RRMM, and indicate its feasibility as a real-world practice for the rare cancer condition.

The study, “Efficacy and safety of the randomized, open-label, non-inferiority, phase 3 study of subcutaneous (SC) versus intravenous (IV) daratumumab (DARA) administration in patients (pts) with relapsed or refractory multiple myeloma (RRMM): COLUMBA,” was presented at ASCO 2019.

You May Also be Interested in
Most Popular
Denise Daley, PhD: Early Asthma Interventions for Infants
Top 10 Painkillers in the US
When to Suspect Diarrhea is Symptom of a Clostridium Difficile
Lisdexamfetamine Most Efficacious, Methylphenidate Best Tolerated in ADHD
Flu Cases Near 30 Million in the US, CDC Reports