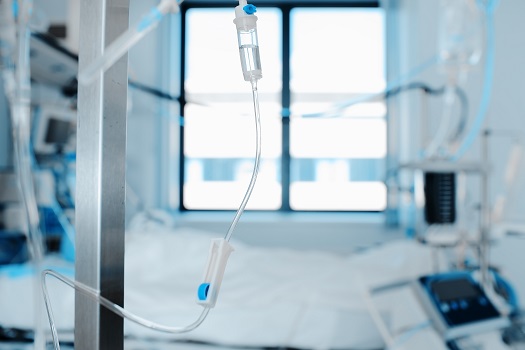 A new study presented at the American Society of Clinical Oncology (ASCO) 2019 Annual Meeting in Chicago, IL, showed that antibody Hu5F9-G4 (5F9), in combination with azacytidine (AZA), blocks a key macrophage checkpoint and could serve as a cutting-edge immunotherapy for patients with cancer.

The trial, called Phase 1b, tested 5FN on AML and MDS patients, also including AZA for untreated, chemo-ineligible AML and high-risk MDS patients. Investigators assigned 1-30 mg/kg weekly to each patient.

Ten patients (6AML, 4 MDS) who had received between 1-6 (median 2) prior treatments were treated with 5F9. Twenty-four patients who had not received prior treatment (15 AML, 9MDS) received 5F9 in combination with AZA.

Either alone or alongside AZA, 5F9 was tolerated well without the maximum possible dose being reached. Related adverse effects that occurred in over 10% of patients included anemia (25%), thrombocytopenia (20%), and infusion reactions (15%), but most responses were overwhelmingly positive.

Eight of the 25 patients judged to be efficacy evaluable experienced complete remission (with or without complete hematologic recovery)—50% (5/10) in AML, 60% (3/5) in MDS. Ten percent of all patients had a positive response to 5F9 individually without the addition of AZA. Leukemic stem cell frequency was reduced or eliminated in almost all patients who received both 5F9 and AZA, and 50% of those patients achieved MRD negativity.

Forty percent of AML patients were no longer dependent on red blood cell transfusions after treatment, and 80% of those with MRD negativity had hematologic improvement. As of January 2019, none of the responders have relapsed in the median 1.1 - 6.8 (median 3.4) months since treatment. A pair of patients even had successful allogeneic transplants.

Forty Seven and the California Institute for Regenerative Medicine funded the study and continue to fund an ongoing expansion cohort.

The study, “The first-in-class anti-CD47 antibody Hu5F9-G4 is active and well tolerated alone or with azacitidine in AML and MDS patients: Initial phase 1b results”, was published online and presented at ASCO 2019.

You May Also be Interested in
Most Popular
Denise Daley, PhD: Early Asthma Interventions for Infants
When to Suspect Diarrhea is Symptom of a Clostridium Difficile
Top 10 Painkillers in the US
The 10 Worst Cities For Skin Health
Flu Cases Near 30 Million in the US, CDC Reports