Adenoid Cystic Carcinoma Does Not Vary According to Race, Gender 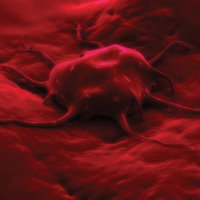 A national analysis of US patients with adenoid cystic carcinoma determined that it is neither genetic nor environmental in origin, enabling physicians to standardize treatment regardless of patients’ race or gender.

The findings, presented at the American Society of Clinical Oncology (ASCO) 2019 Annual Meeting in Chicago, IL, could help to individualize therapy for the rare form of cancer found in salivary glands based on factors actually relevant to its prevalence.

The meta-analysis—led by Girindra Ghanshya Raval, MBBS, of Augusta University Health in Georgia— considered the data from patients found in the Surveillance, Epidemiology, and End Results (SEER) Database from 2000-2014.

All data were grouped by gender and race: patients were identified as either Caucasian/White; African American/Black; American Indian/Alaskan native; or Asian/Pacific Islander. The assembled data showed no statistically notable difference along racial or gender lines, indicating adenoid cystic carcinoma lacks a genetic marker that would affect its course.

Investigators hope their research will homogenize treatment for adenoid cystic carcinoma, shortening the path from a cancer diagnosis to treatment decisions.

Most frequently found in the salivary glands, adenoid cystic carcinoma is a cancer specifically found in the head and neck area. It is the most common malignant subtype to be located in the salivary glands. Approximately 1 in every 4167 patients newly diagnosed with cancer suffer from the condition, and previous assessment have found it more frequently affects women than men.

Though the current understanding of adenoid cystic carcinoma is limited, investigators have previously associated it to asbestos, pollution, or other carcinogens.

Standard treatments include surgery to remove tumors altogether, radiation to eliminate it, or a combination of the pair—depending on the cancer’s location, progression, and severity.

The study, “Comparison of mortality trends in patients with non-salivary gland and salivary gland adenoid cystic carcinoma in the United States population,” was presented at ASCO 2019.