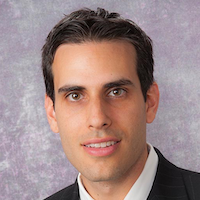 New findings presented on ARVOLearn showed that an optogenetic gene therapy was well tolerated in a group of patients with end-stage non-syndromic retinitis pigmentosa.

The findings were published on ARVOLearn due to the cancellation of the 2020 Association for Research in Vision and Ophthalmology (ARVO) annual meeting.

At the time of the study, there were no good therapies for retinitis pigmentosa, principal investigator Joseph Martel, MD, said during the presentation. Such a reality led Martel, an assistant professor of ophthalmology at the University of Pittsburgh School of Medicine, and colleagues to evaluate the safety and tolerability of an optogenetic treatment combining a gene therapy (GS030-DP) and a goggle-based medical device (GS030-MD) in subjects with non-syndromic retinitis pigmentosa.

The phase 1/2a open-label study took place at 3 sites: 1 in the UK, 1 in France, and 1 in the US. The primary endpoint was safety and tolerability of GS030-DP, an optogenetic gene therapy which targets retinal ganglion cells that encodes a light sensitive channelrhodopsin, ChrimsonR-tdTomato, delivered by an AAV2.7m8 vector and administered via intravitreal injection. Additional endpoints included visual function, orientation and mobility, OCT imaging, quality of life, and immune response.

The study was designed with 3 patients in 1 of 3 cohorts and an extension cohort based on the highest best-tolerated dose. The 3 cohorts included: 5E10 vg/eye, 1.5E11 vg/eye, and 5E11 vg/eye. The gene therapy was delivered through intravitreal injection in the worst-affected eye.

After gene therapy, the patients underwent intensive low vision rehabilitation therapy to help them understand the visual perceptions and have them learn how to use their new vision, Martel said. The program was on an innovative platform and included functional tests developed to provide visual training.

Some of the tests performed included orientation and mobility tasks using GS030-MD. In a door task, there was a mock door placed on the wall and the patient was instructed to find and touch it. The test stopped after 3 minutes regardless of whether the patient reached the door.

In a line task, a platform was covered in black flooring lined with a grid and a 15-centimeter wide white line. The patient needed to follow the line and stop when they thought they reached the end—a blue zone. The test stopped after 3 minutes even if the patient did not reach the end.

The first use of the medical device stimulating goggles post-injection was performed 8 weeks after the injection under medical supervision. The goggles were well-tolerated.

Common adverse events were mild anterior chamber inflammation due to corticosteroid treatment and mild light sensitivity starting after the drug was administered but before the light stimulation from the goggles. Combined, the treatment was well-tolerated.

Treatment of the first patient in the higher dose group is planned for quarter 2 of 2020.

The study, “Optogenetics in the Clinic: PIONEER, a Phase 1/2a Gene Therapy Program for Non-Syndromic Retinitis Pigmentosa,” was published on ARVOLearn.

You May Also be Interested in
Most Popular
Experts Advise on Asthma Care, Management during COVID-19
Past Outbreaks Shed Light on COVID-19 Psychiatric Risks
US Medical Groups Share Front Against Racism, Healthcare Disparity
Benzodiazepine Use Increases Risk of Ectopic Pregnancy
Brian LaMoreaux, MD: Practicing Rheumatology During and After COVID-19