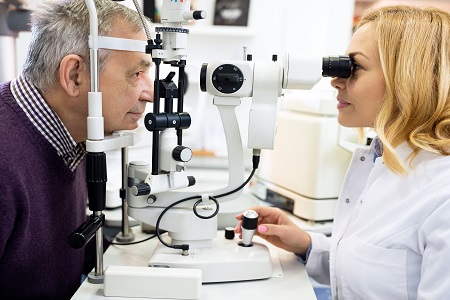 Despite what some may believe, new research suggests effective glycemic control may not be enough to stave off declines in visual acuity in patients with diabetic eye disease.

Using a group of more than 300 eyes, investigators found diligent glycemic control may not prevent declines in visual acuity among patients with diabetic retinopathy or diabetic macular edema.

With some previous studies indicate maintaining an HbA1c of 7% or less preserves visual acuity and controlling glycemic index could prevent progression of diseases such as diabetic retinopathy, investigators designed the current study to examine impact of glycemic control on visual acuity through use of a teleretina screening program in a cohort of patients in the Grady Primary Care and Diabetes Clinic in Atlanta, GA. Patients included in the study underwent screening with 1 of 13 diabetic teleretina screening cameras between January-September 2018.

All those with pathological results from the screening with the teleretina screening camera were subsequently referred to the Grady Eye Clinic. At the clinic, patients diagnosed with diabetic retinopathy or diabetic macular edema were included in the study.

In total 271 patients with proliferative diabetic retinopathy or diabetic macular edema were reviewed. From this investigators identified a cohort of 542, of which 318 had visual acuity documented at the Grady Eye Clinic following teleretina screening. Of these 318. 135 eyes had no additional follow-up and were excluded from the analysis. In regard to the remaining 183 eyes, 96 had at least 6 months of follow-up, 69 had at least 3 months of follow-up, and 18 had follow-up for at least a month.

Results of the investigators’ analysis indicated even diligent glycemic control may not protect patients with proliferative diabetic retinopathy or diabetic macular edema from experiencing declines in visual acuity.

However, investigators pointed out the results still underscore the importance of glycemic control in avoiding complications as a result of diabetic eye disease. Investigators noted the need for larger sample sizes and further studies to identify variables and provide stonier predictive values.

This study, “Effect of Glycemic Control on Visual Acuity in a Teleretinal Screening Program,” was published in Investigative Ophthalmology and Visual Science.

You May Also be Interested in
Most Popular
Denise Daley, PhD: Early Asthma Interventions for Infants
Safety Concerns With Biologics During the COVID-19 Pandemic
Epilepsy Drug May Protect Against Optic Neuritis in Multiple Sclerosis
There Might Be Too Much Emphasis on Risk Factors for Hepatitis C Screening
Visual Impairment, Dementia Are Detrimental to Independence of Older Adults