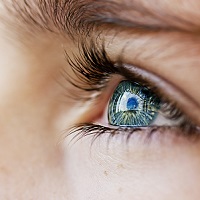 Investigators at Eastern Virginia Medical School in Norfolk, Virginia, found that ziv-aflibercept is comparable to other anti-VEGF medications widely available in safety and efficacy in treating neovascular age-related macular degeneration (nAMD). In the ZEBRA study, they compared ziv-aflibercept to treatment with bevacizumab, ranibizumab, or aflibercept.

Ziv-aflibercept is the systemic analog to the intravitreal injection aflibercept. It is more widely available and relatively low-cost, making it a potentially attractive option for nAMD treatment.

Haley D'Souza, Eastern Virginia Medical School, Norfolk, Virginia, presented the research during a session at the 2019 Annual Meeting of the Association for Research in Vision and Ophthalmology (ARVO) in Vancouver, BC.

“Ziv-aflibercept was non-inferior to both aflibercept and ranibizumab with respect to anatomy, function, and complication rate,” said D'Souza.

Over 12 months, ziv-aflibercept was well tolerated. There was no significant change in mean arterial blood pressure between the control and treatment groups (P = .35). Additionally, there was no renal toxicity and no adverse events, such as retinal detachment, intraocular inflammation, intraocular infection, or vision loss.

In addition to evaluating safety and efficacy, the investigators were interested in the potential cost savings of switching patients from aflibercept to ziv-aflibercept.

“What we wanted to do was look at the projected theoretical cost-effectiveness of switching to this drug from other therapies,” said D’Souza during her presentation.

She said that if patients with neovascular AMD who are receiving long-term therapy with aflibercept switched to ziv-aflibercept, the savings to the health care system would be $1.5 billion over a 2-year period.

“Ziv-aflibercept may eventually represent a cost-effective alternative to aflibercept and potentially be a second rescue therapy for eyes that become resistant to bevacizumab,” added D’Souza. She noted that further randomized controlled trials are needed to compare the treatments.

The abstract, “Ziv-aflibercept Efficacy in Better Regulating Neovascular AMD (ZEBRA) Trial,” was presented at ARVO on Thursday, May 2, 2019 in Vancouver, BC.

You May Also be Interested in
Most Popular
Early Vitrectomy More Cost-Effective for Diabetic Retinopathy Than Panretinal Photocoagulation, Ranibizumab
Top 10 Painkillers in the US
Stribild Offers Single-Tablet Treatment Option for HIV-1 Patients
How Pregnancy Affects a Tummy Tuck
Irregular Menstruation in Teenagers May be a Warning Sign