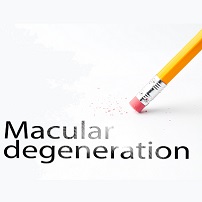 Beginning treatment for patients with diabetic macular edema prior to vision loss is unnecessary for most people according to the results of a recent clinical trial funded by the National Eye Institute.

The study, which was presented at the 2019 Annual Meeting of the Association for Research in Vision and Ophthalmology, found no significant difference in vision loss at 2 years whether eyes were initially managed with aflibercept or with laser photocoagulation or observation and given aflibercept only if visual acuity worsened, meaning observation without treatment unless visual acuity worsens may be a reasonable strategy for center-involved DME.

“We now know that in patients with good vision and diabetic macular edema, similar to those enrolled in this trial, it’s an acceptable strategy to closely monitor patients, and initiate treatment only if their vision starts to show signs of decline,” said Carl Baker, MD, lead investigator and ophthalmologist at the Paducah Retinal Center.

Visual acuity was checked through regular follow-up visits in retina specialty clinics. Follow-ups were performed at 8 and 16 weeks after study entry in the laser and observation groups and then every 16 weeks unless their visual acuity worsened.

After 2 years, investigators found that the percentage of patients whose study eye met the prescribed threshold for visual acuity loss, which was 1 or more lines on an eye chart, did not differ among the 3 groups. A total of 16% of the aflibercept group, 17% of the laser group, and 19% in the observation group met the threshold. Investigators noted that the average visual acuity remained 20/20 in all 3 groups at 2 years, which was the same at baseline.

“Future technology may do a better job of identifying who might benefit from early treatment, before diabetic macular edema affects vision,” said Adam R. Glassman, MS, director of the Jaeb Center for Health Research in Tampa, the study’s coordinating center. “But for now, close monitoring of diabetic macular edema in patients with good vision is an appropriate initial strategy as long as they are closely followed and subsequently treated if vision worsens.”

Authors noted several limitations within their study. Visit schedules varied by treatment group and clinical course, which limited the investigators ability to compare treatment group trajectories between annual visits and could introduce ascertainment bias. Clinicians and participants were not masked because of the nature of treatments and the effects of other anti-VEGF agents and treatment regimens cannot be determined from this study. Lastly, outcomes might differ among patients in clinical care as the study cohort had relatively good glycemic control and visit adherence.

This study, titled “Effect of Initial Management With Aflibercept vs Laser Photocoagulation vs Observation on Vision Loss Among Patients With Diabetic Macular Edema Involving the Center of the Macula and Good Visual Acuity,” is published in the Journal of the American Medical Association.

You May Also be Interested in
Most Popular
FUEL: Udenafil Improves Exercise Performance, but Not Peak VO2 in Adolescents With Fontan
Experts Advise on Asthma Care, Management during COVID-19
Upadacitinib Outperforms Placebo, Adalimumab for Psoriatic Arthritis
Women Receive Less Recommended Medications at Primary Care Provider than Men
Top 10 Painkillers in the US