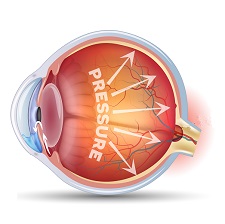 A recent study has found that latanoprost .005% without the preservative benzalkonium chloride (BAK-free latanoprost) appears to be safe and well tolerated for chronic use as a treatment for open-angle glaucoma or ocular hypertension.

Latanoprost .005% ophthalmic solution with .02% benzalkonium chloride as a preservative can cause decreased ocular epithelial cell integrity, conjunctival scarring, and eye irritation. A novel BAK-free latanoprost .005% ophthalmic emulsion formulation was recently approved by the FDA for reduction of elevated intraocular pressure in patients with open-angle glaucoma or ocular hypertension. The pivotal phase 3 study showed similar efficacy in reducing intraocular pressure of BAK-free latanoprost compared to latanoprost containing BAK. In this follow-up study, investigators sought to determine the long term safety of use without the preservative.

A team of investigators, led by David G. Shulman, MD, an ophthalmologist in San Antonio, TX, conducted a multicenter, open-label, nonrandomized, single-group phase 3 extension study over the course of 36 weeks. In order to be included in the study, patients had to be 18 or older with ocular hypertension or primary open-angle glaucoma and unmedicated intraocular pressure of 22 mmHg or greater with 5 mmHg or less of intereye difference, must have completed the treatment phase of the study, and have an Early Treatment Diabetic Retinopathy Study (ETDRS) visual acuity of 1.0 or better.

Patients were excluded if they had a central cornea thickness greater than 620 µm, had a lack of response to topical, ophthalmic prostaglandin analogs, history of allergic hypersensitivity, or had conventional intraocular or laser surgery within 6 months of study or refractive surgery in the study eye within 3 months of the study. A total of 161 patients, including 105 women and 56 men.

Following completion of the study extension phase, investigators found that treatment with BAK-free latanoprost helped patients maintain lower intraocular pressure and that incident rates, in terms of treatment-emergent adverse events, were similar between patients who had received latanoprost with and without BAK in the prior study.

“It’s as effective, it had very similar reduction effect,” said Bridgitte Shen Lee, OD, the lead optometrist at Vision Optique of Houston, TX. “For my subset of patients with dry eye disease who have glaucoma, if I can give them a therapeutic agent that will not cause further ocular surface toxicity, which may lead to  developing dry eye disease, why wouldn’t I?”

This study, titled “Long-term safety evaluation of latanoprost 0.005% without benzalkonium chloride in patients with open-angle glaucoma and ocular hypertension,” was presented at the 2019 Annual Meeting of the Association for Research in Vision and Ophthalmology.