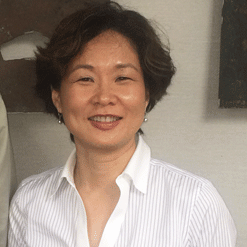 On Tuesday, investigators at the 2019 Annual Meeting of the Association for Research in Vision and Ophthalmology presented the results of a study that details the association between chronic diseases and visual impairment.

Researchers from the University of Miami found that, after analyses accounting for variable factors, a pattern of chronic conditions is associated with a greater likelihood of reporting visual impairment.

“Visual impairment is strongly associated with patterns of chronic conditions. The sicker the population, the more likely for them to report visual impairment,” said Diane Zheng, MS, PhD-C, lead author from the Miller School of Medicine at the University of Miami, during her presentation on Monday morning.

Investigators sought to identify and describe between chronic conditions and their relationship with visual impairments. Investigators utilized the National Health Interview Survey (NHIS) from 2002 through 2014 to identify a cohort of 387,780 adults over the age of 18. Zheng stated they chose this cohort as it was representative of the US population as a whole.

Investigators performed a latent class analysis to place participants into subgroups based upon their pattern of responses to the question concerning chronic diseases. Zheng added an LCA was chosen because it allows a data-centered approach. The investigators determined that a 5-class model was the best fit for analyzing data for this particular study. Those groups were labeled based on their condition pattern characteristics, the groups were labeled as healthy (70%), hypertensive (19.6%), respiratory condition (4.4%), heart disease (3.6%), and a severely impaired group (1.8%).

Investigators noted that after controlling for survey design, race, gender, age, education, marital status, insurance, income BMI, smoking and alcohol drinking status, all four groups had elevated risk for reporting visual impairment. Compared to the healthy group, the severely impaired group was 10 times more likely to report visual impairment. Investigators also found that the severely impaired group was also more likely to have an emergency room visit or undergo hospitalization than all other groups.
Zheng added that the data from this study can aid ophthalmologists and primary care physicians when coordinating medical care. The research can also help to target high-risk population groups such as the severely impaired group.

Zheng noted that the study did have several limitations. The information was self-reported, the investigators, the survey was not comprehensive as it did not about things including depression or HIV status, and the naming of these groups does not capture the full picture of the chronic condition class.

This paper, titled “Patterns of Chronic Conditions and Their Association with Visual Impairment,” was presented at the 2019 Annual Meeting of the Association for Research in Vision and Ophthalmology and listed as abstract number 1390.