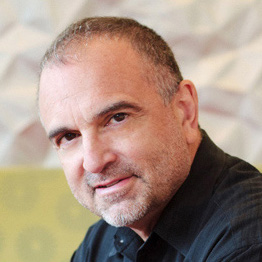 At 24 weeks, 58% of patients in the aflibercept arm had a ≥2-step improvement from baseline in Diabetic Retinopathy Severity Scale (DRSS) compared with just 6% of patients receiving a sham. This improvement versus sham was highly statistically significant (P <.0001).

"This is the first time a therapy has demonstrated it can reverse disease progression in patients with moderately severe to severe non-proliferative diabetic retinopathy without diabetic macular edema, in a trial specifically designed to study this population," George D. Yancopoulos, MD, PhD, president and chief scientific officer of Regeneron, the company developing the drug, said in a statement when the news was announced in March.

The double-masked study enrolled 402 patients across 3 treatment arms. Patients received a sham injection (n = 123) or aflibercept at 2 mg every 16 weeks (n = 135) or every 8 weeks (n = 134). The 24-week assessment was the first analysis of the study, with another assessment of DRSS planned at week 52 for the primary endpoint and again at week 100 as a secondary endpoint.

By week 24, patients had received 4.4 injections across all aflibercept groups. Secondary endpoints were not yet available, and will be assessed at week 100. These analyses will focus on the development of DME, the need for laser treatment, and changes in BCVA.

"Patients in the trial continue to be evaluated to determine if Eylea can prevent progression to neovascular vision-threatening complications or diabetic macular edema," Yancopoulos said. "We look forward to sharing one-year results later this year."

In the VISTA and VIVID studies for aflibercept in diabetic macular edema (DME), the VEGF agent showed improvements in DRSS compared with laser photocoagulation, which is the current standard for NPDR. All patients in the study had DME and diabetic retinopathy, with the majority (77%) of patients enrolled having moderate-to-severe NPDR.

The most frequent serious adverse event across these studies were cataracts, which occurred in 1% to 2.4% of patients in the aflibercept group and for 0.3% for the laser arm. In the PANORAMA study, the researchers noted that there were no new safety signals with aflibercept. At the 24-week timeframe, there was just one mild case of intraocular inflammation. This occurred for 0.085% of all total injections, which matches previous studies.

Based on the promising early findings from PANORAMA, Regeneron expects to file for approval for aflibercept in NPDR before the end of 2018. Aflibercept is currently approved for patients with neovascular age-related macular degeneration, DME, and for those with diabetic retinopathy in the context of DME.

Sign up to get frontline clinical insights directly to your inbox.