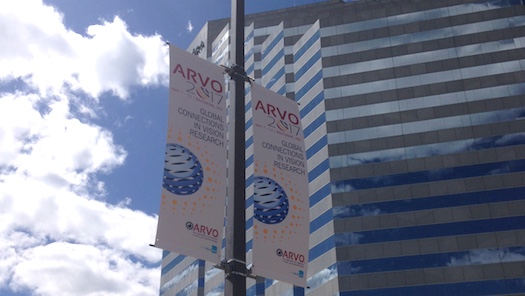 A study of 2,000 licensed drivers above the age of 70 suggests that cataracts, glaucoma and other conditions that impact visual acuity can help explain the statistical surge in vehicle collisions that occur near that age range.

Presenting her findings at the annual meeting of the Association of Research in Vision and Ophthalmology (ARVO) in Baltimore, MD, Cynthia Owsley, MSPH, PhD, of the University of Alabama, said that her study team was the first to show that cataract surgery, which has previously been shown to result in broad improvements in patient quality of life, can also have a significant impact on the likelihood of motor vehicle collisions.

Individuals with contrast sensitivity impairment were similarly at an increased risk of collisions.

Drivers with glaucoma were more likely to be involved in motor vehicle collisions because of visual impairment in the field of view that includes the front windshield, front driver and passenger side windows, and dashboard.

Owsley and her team monitored 6 regions of that visual field, then compared glaucomatous older drivers to those who did not have glaucoma and found that those with glaucoma were about 1.6 to 1.7 times more likely to have a collision.

The 2,000 study participants were all aged 70 years or above, were all licensed drivers in the state of Alabama, and were racially representative of the population of Jefferson County, Alabama, where the study took place.

About 8% of participants had visual acuity worse than 20/40, about 7% had contrast sensitivity issues, and between 33% and 55% percent had slowed visual processing speed.
While those numbers may not seem concerning initially, Owsley said, they become so when framed within national population statistics.

“We have 40 million older drivers [in the US], so on a population basis we can extrapolate from our findings that…about 17 million drivers may have slow visual processing speed,” Owsley said.
Owsley and her team are following up their study by monitoring drivers 70 years or older with glaucoma with vehicle-mounted cameras and audio devices.

“We’re actually getting video, rather than relying on a police officer who is going to characterize an accident, which is highly variable and very inaccurate for understanding what went on during a crash,” she said.

The video/audio monitoring efforts also allow Owsley and her team to monitor near crashes, which almost always go unreported.

The University of Alabama team plans to present their findings on older drivers with glaucoma at next year’s ARVO annual meeting in Honolulu, HI.