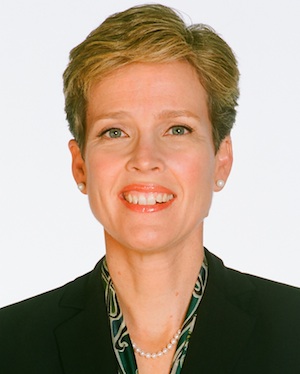 A cost-effectiveness analysis enabled researchers to compare the incremental costs of different treatments relative to their benefits determined from published outcomes. Researchers aimed to provide a means of determining the value provided by more costly treatments and of assessing whether any additional benefits they provide are worth their additional cost.

The Protocol T study was a head-to-head, randomized, controlled trial comparing aflibercept with ranibizumab for treating DME. The cost-effectiveness model developed based on this study used visual acuity data at the patient level. However, in developing the model, the analysts only used data from patients whose visual acuity data were obtained at baseline, month 12, and month 24 of the Protocol T study.

To develop the model, the analysts also used treatment data such as number of injections given, whether patients also had laser treatment, and adverse event rates. In addition, the analysts used established modeling methods that followed the Good Research Practices guidelines of the International Society for Pharmacoeconomics and Outcomes Research.

The model incorporated the costs of treatment with aflibercept, 2.0 mg, or ranibizumab, 0.3 mg, given at baseline and up to every 4 weeks thereafter based on defined retreatment criteria. The model also simulated quality of life and medical costs related to visual acuity based on 8 health states reflecting Snellen best-corrected visual acuities.

The analysts defined these eight health states as follows:

All costs were based on Medicare reimbursement rates and information obtained from the medical literature. Costs included a wholesale acquisition cost of $1850 for aflibercept and $1170 for ranibizumab.

The analysts used a published algorithm to translate visual acuity data into utilities. According to the analysts, these utilities’ approximate health-related quality of life and utility scores and length of life can be used to calculate quality-adjusted life years (QALYs).

The analysts found that the 2-year costs for ranibizumab ranged from $9,000 to $10,000 less than those for aflibercept, depending on the group of patients considered, but that the resulting QALYs were similar for each treatment. Moreover, they characterized the minor differences in QALYs produced by the 2 treatments as “nominal” and “unlikely to be clinically meaningful (P > 0.3).”

To be considered cost-effective, an agent must produce an incremental cost-effectiveness ratio (ICER) that is less than the conventionally accepted ICER threshold of $100,000–$150,000/QALY gained. The analysts determined that, for the full cohort, the ICER for aflibercept vs. ranibizumab was $986,159/QALY, which greatly exceeds this threshold. As a result, they concluded that aflibercept is not cost-effective compared to ranibizumab. They came to the same conclusion for the subgroup with a baseline visual acuity of 20/50 or worse, in which aflibercept vs. ranibizumab had an ICER of $523,377/QALY.

However, for the subgroup with a baseline visual acuity of 20/32–20/40, the analysts were unable to calculate an ICER. In this subgroup, ranibizumab yielded two more QALYs than aflibercept, so the denominator for the ICER calculation was a negative number. As a result, the analysts concluded that, in this subgroup, ranibizumab was both less costly and provided a greater gain in QALYs than aflibercept.

A report on the results of the analysis, “Cost-effectiveness of FDA-approved anti-VEGF treatments, ranibizumab and aflibercept, for diabetic macular edema from a US perspective: Analysis of 2-Year Protocol T comparative effectiveness results,” Poster 5070-B0623, was presented on Wednesday afternoon, May 10, 2017, at the ARVO Annual Meeting.

Ranibizumab for DME: A Pooled Analysis of Clinical Trials of its Vascular Safety

FDA Approves Injection to Treat All Forms of Diabetic Retinopathy