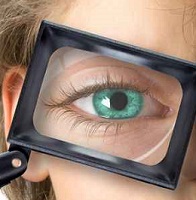 Angiogenesis, the formation of new blood vessels from a vascular bed, usually occurs during wound healing and organ regeneration. Many studies have shown that vascular endothelial growth factor A (VEGF-A) plays a central role in the endothelial cell proliferation that leads to angiogenesis. Abnormal angiogenesis driven by VEGF-A causes vision-threatening eye diseases such as proliferative diabetic retinopathy (PDR).

Aflibercept (Eylea, Bayer HealthCare/ Regeneron), the most recently developed VEGF antibody, has a higher affinity for binding VEGF-A than the other available anti-VEGF antibodies. It can also target members of the VEGF family other than VEGF-A, for example, VEGF-B.

Now, new findings indicate that, independent of its effect on VEGF-A, Eylea exerts anti-angiogenic effects against galectin-1, a galactoside-binding lectin protein and novel angiogenic factor associated with PDR. These findings were reported by Atsuhiro Kanda, principle investigator of a team from Hokkaido University, Sapporo, Japan, at the Association for Research in Vision and Ophthalmology (ARVO) Annual Meeting in Seattle, WA, on May 2, 2016. The team’s results were also published in an abstract included in the ARVO proceedings.

First, the Japanese team used immunoprecipitation and mass spectrometry analyses to identify proteins that interact with Eylea. Second, using biolayer interferometry, they quantified Eylea’s affinities for binding with those proteins.

Next, the Japanese team did polymerase chain reaction studies to measure Galectin-1 gene mRNA expression levels. They found that expression of this gene was enhanced in hypoxic cell cultures and mouse models of retinal disease.


Continue Reading (Page 2) >>
You May Also be Interested in
Most Popular
Denise Daley, PhD: Early Asthma Interventions for Infants
Baloxavir Effective in Preventing Spread of Flu
Top 10 Painkillers in the US
When to Suspect Diarrhea is Symptom of a Clostridium Difficile
Why Is Colchicine So Expensive Now?