Though the total National Institutes of Health (NIH) budget has stayed flat over the past several years, chronic pain research has enjoyed an expanded slice of the federal funding pie, as dollars committed to that portion of science grew from $279 million in 2008 to $396 million in 2012. But in her keynote address to the  32nd Annual Scientific Meeting of the American Pain Society, Story Landis, PhD, director of the National Institute for Neurological Disorders and Stroke (NINDS), said federal cuts resulting from the sequester will shave off approximately 5.7 percent of the NIH’s fiscal-year 2013 budget and decrease this year’s chronic pain research funding in turn.

However, despite a smaller national government budget, Landis said the NINDS — the lead NIH institute for pain research — currently supports a number of studies funded by the NIH examining a variety of topics related to pain, such as prolonged sensitivity from morphine administration after peripheral nerve injury and the intrathecal administration of resolvins to relieve inflammatory and neuropathic pain. Additionally, the NINDS plays an active role in the NIH’s Health Care Systems Research Collaboratory, which Landis said aims to “provide a framework of implementation methods and best practices to enable the participation of many health care systems in clinical research … to strengthen the relevance of research results for everyday health practice” — a study subject that was at the bottom of the federal pain research portfolio’s totem pole in 2011. (See Graph Below) 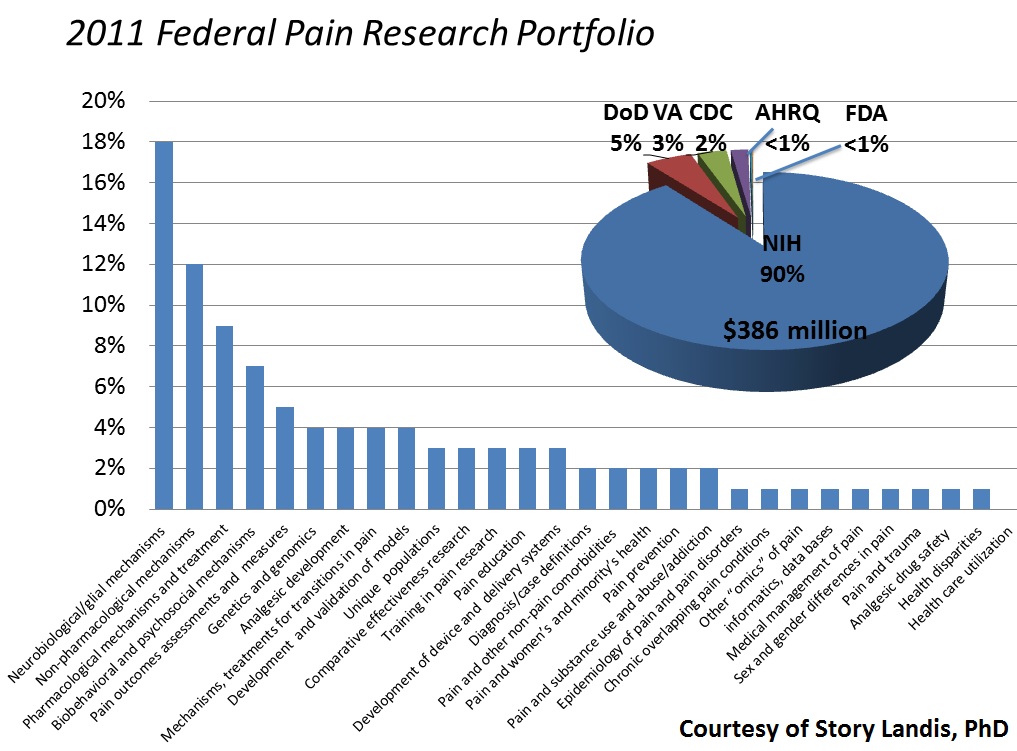