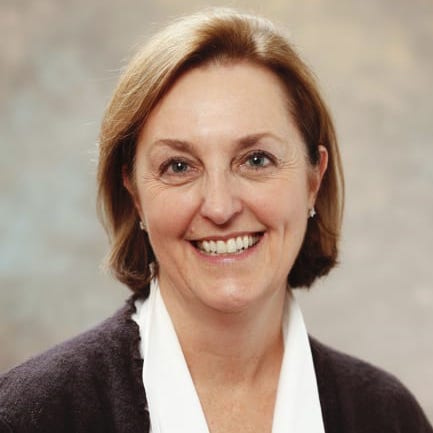 The stark reality of very prevalent substance use in pregnant women is a deeply troubling fact—but it is a well-documented fact which experts have been able to stratify and define for the sake of preventive efforts.

In a virtual presentation as part of the American Psychiatric Association (APA) Spring Highlights Meeting 2020, Kimberly A. Yonkers, MD, of the Yale University School of Medicine, discussed national data-based understandings of substance use among women who are pregnant. Yonkers also appealed for the implementation of both universal and health equity approaches to addressing the prevalence of such cases.

The data showed the most commonly used illicit drug among pregnant women since at least 2015 has been marijuana, followed by opioids, and then cocaine.

What’s inconsistent is the timing of substance use among pregnant women. Yonkers noted data showing that women most primarily use substances in their first trimester than the latter 2. This would imply substance use decreases among women throughout their pregnancy.

But regardless of time to use, pregnant women face significant challenges in achieving abstention—the median time to alcohol abstinence during pregnancy with gestation was 132 days (±6) in a 2015 assessment of 184 participants; times were even more severe for cigarettes (146±10 days), cocaine (149±8 days), and marijuana (152±6 days).

The effect in newborns is varied across substances. Opioid use disorder (OUD) during pregnancy, which Yonkers noted has been increasing over the last 2 decades, can increase the risk of preterm birth, week-plus hospitalizations following birth, oligohydramnios, intrauterine growth restriction, and more.

Of course, neonatal opioid withdrawal syndrome can have immediate symptomatic burdens on infants—and long-term health risks. Though such assessments for the latter are limited by cohort follow-up and older clinical methadone use, investigators have observed risks of memory and executive function deficits, speech and language deficits, attention deficit hyperactivity disorder, and more. Such issues are more prevalent in boys than girls.

Cocaine and similar stimulants can cause something more similar to a residual toxicity than a withdrawal syndrome at birth; within days postnatal, infants can suffer from jitteriness, sleep disturbances, poor habituation, and even abnormal EEG & seizures. Long-term, children whose mothers used cocaine during pregnancy have been linked to early initial use of alcohol and marijuana.

Nicotine use during pregnancy results in an approximately doubled risk of ectopic pregnancy, as well as placental disorders. Fetal or infant death, as potentially enhanced by fetal growth restriction, is associated with a two- to three-fold greater risk among the approximate 13% of women who report smoking during pregnancy.

Yonkers noted that all but 5 states have previously attempted to prosecute women for fetal substance exposure in the past—86% of all charges have been overturned or dismissed on appeal. Most commonly, opinions which lead to dismissals or reversals stated laws were not intended to include fetuses when defining a child or victim.

In 2 states where convictions for fetal substance exposure were successful and upheld by State Supreme Courts—Alabama and South Carolina—laws allowed for the charge of a pregnant woman putting a child at chemical endangerment, as well as the distinction of a fetus as a person.

Citing organizations including the Council on Patient Safety in Women’s Health Care, Yonkers stated that clinicians should ensure all patients with substance use disorders are enrolled in treatment programs, with family planning and breastfeeding support incorporated into relevant cases.

Coordination should also be assured between the primary provider and the patient, and child welfare should be contacted in safe care protocols.

Yonkers called for understanding that, though substance use remains lower among pregnant women than those who are not pregnant, it is a severely detrimental risk to both the mother’s and child’s long-term health, and a combination of care team collaboration and proven therapies should be prepared to address it.

You May Also be Interested in
Most Popular
Restless Leg Syndrome, Extreme Sleep Patterns Help Predict Recurrent Stroke
Flu Cases Near 30 Million in the US, CDC Reports
What is a Pharmacist's Role in Identifying & Managing OIC?
Using Antihypertensive Medications Could Prevent Dementia, Cognitive Decline
Helping Veterans and Reservists Become Licensed Nurses After Service