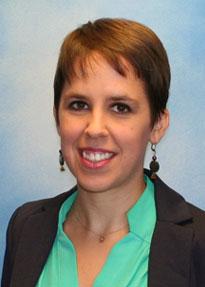 There may be some alternative ways to measure depression treatment success outside of response and remission.

The National Committee for Quality Assurance recommends response and remission are indicators of successful depression treatment for the Healthcare Effectiveness and Data Information Set.

The investigators also used logistic regression to estimate the link between baseline severity and success on each measure and sensitivity analyses to evaluate the impact of various outcome definitions and loss to follow-up.

However, the only measure not associated with baseline PHQ-9 score was response.

“Response is preferable for comparing treatment outcomes, because it does not favor more or less baseline symptom severity, indicates clinically meaningful improvement, and is transparent and easy to calculate,” the authors wrote.

The study involved 37 participants with a primary diagnosis of depressive disorder, but were not medicated at the time of the study. Each patient attended an appointment that included a clinical diagnosis prior to the completion of a computerized cognitive behavioral therapy (cCBT) program, as well as 2 months following treatment.

“The advantage of using self-help CBT is two-fold,” the authors wrote. “First, it substantially reduces the confounding effect of therapist variability on treatment response, and second, it permits monitoring of treatment adherence defined as the number of online modules completed.”

CBT has long been known for effectively treating MDD for approximately 45% of depressed patients. However, there is not a clinically viable neuroimaging predictor of CBT response, largely due to a lack of identified predicative biomarkers.

Multivariate classification of brain imaging data can inform the discovery of neural signatures in the response to treatment of MDD patients because they can yield predictions on the individual level and can be tuned to the fine-grained and spatially distributed information patterns encoded in large-scale brain activity and may be more sensitive in identifying neural biomarkers than conventional imaging analysis methods.

The study, “Defining Success in Measurement-Based Care for Depression: A Comparison of Common Metrics,” was published online in Psychiatric Services.

You May Also be Interested in
Most Popular
Restless Leg Syndrome, Extreme Sleep Patterns Help Predict Recurrent Stroke
Flu Cases Near 30 Million in the US, CDC Reports
Helping Veterans and Reservists Become Licensed Nurses After Service
New Uterine Fibroids Oral Treatment Could Replace Surgery (UPDATE)
Is Arsenic Exposure a Cause of Type 1 Diabetes?