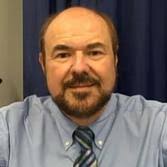 Michael Van Ameringen, MD
The use of the popular smartphone application Pokémon GO—and possibly similar games—could have potential therapeutic benefits for those with mental illness.

The findings showed that the game, which has been reportedly downloaded more than 750 million times worldwide with an estimated user base of 30 to 45 million, according to developer Niantic, could have a great impact on the teenage and young adult population, a historically difficult-to-treat population for depression and anxiety disorders.

According to data that Michael Van Ameringen, MD, and colleagues from McMaster University, presented at the American Psychiatric Association’s annual meeting in New York City, 33% (n = 50) of those utilizing the app reported changes in their social behaviors since they began playing the game. Of that group, 85% reported speaking to more people they were unfamiliar with, 76% spent increased time with friends, 41% made new friends, and 51% reported increasing their physical activity (12% reported weight loss).

"The idea for this project came from clinical observation. When the game first came out, I noticed patients who had severe social anxiety disorder and a lot of depression starting to go out of their homes—and leave their computer screens and get off their couches—to play the game and actually engage with other players when they were out," Van Ameringen, a professor of psychiatry and behavioral neurosciences, told MD Magazine at the annual meeting. "These were individuals who were very difficult to treat [and with who] we were unable to engage in any form of psychological treatment. This led me to wondering if this game had the ability to be used as a mental health treatment, even though it wasn’t intended to do this."

In total, 152 participants were included for analysis, with the majority (57%) being white, female (78%), single (89%), and full-time students (62%). The mean age of those evaluated was 20 years of age. Participants reported playing the game for an average of about 7 hours per week.

"This type of gaming technology should be harnessed as a tool for engagement in a population which is historically difficult to engage in behavioral treatments for depression and anxiety disorders," Van Ameringen said. "We really need game developers to work with psychiatrist and psychologist to develop games that could be used for mental health treatment. This gaming technology seems more promising than the current mobile mental health apps, which are often downloaded by an individual to look at, or used once or twice and then never used again. This type of game clearly showed that it was able to sustain individuals playing the game for prolonged periods of time without prompting by anyone else."

Interestingly, the participants with a history of treatment for mental health conditions spent more time playing than their peers without previous mental health treatment. An improved sense of well-being was reported by 29% of participants.

Anecdotally, there have been reports of the potential benefits that appeared as early as a few months after the app launched.

"I see Pokémon GO being useful with my socially anxious and agoraphobic patients in 2 ways,” Kara Fitzpatrick, PhD, an associate professor at Stanford University School of Medicine, said in 2016 about the game. “It really gives them a set of tools and reasons to meet people. It is a naturally structured experiment where it draws people in to connect and is partially reinforcing, which is the best mechanism for rewarding behavior."

Van Ameringen and colleagues concluded that playing Pokémon GO was associated with increases in physical activity and social behavior as well as an improved sense of well-being, highlighting its potential as a behavioral activation and exposure tool for mental health treatment. "The information may be useful to clinicians as it raises their awareness that games could be an interesting treatment modality to engage adolescents and young adults into psychological treatments in the future," he said.

You May Also be Interested in
Most Popular
American Thoracic Society Releases Temporary COVID-19 Guidance
Death, Cardiac Events More Frequent in Women than Men Following PCI
Comparing RT-PCR and Chest CT for Diagnosing COVID-19
Flu Cases Near 30 Million in the US, CDC Reports
Limited Supply of Chloroquine, Hydroxychloroquine Could Affect COVID-19 Use