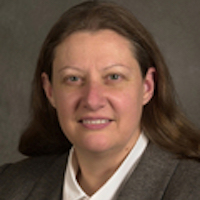 Laura J. Fochtmann, MD, MBI
The American Psychiatric Association (APA), at its annual meeting in New York City, announced new practice guidelines for the pharmacological treatment of alcohol use disorder (AUD) with the goal of improving outcomes and quality of care for the condition.

The condition is severely undertreated, with less than 10% of those with a 12-month diagnosis of AUD receiving any treatment, and even fewer receiving treatments proven with evidence—in 2006, despite 11 million patients having AUD, only 674,000 prescriptions were written for US Food and Drug Administration approved therapies for those individuals.

In the last decade, the 12-month prevalence of AUD has increased roughly 50%, according to 2016 study data, and in addition to causing significant disability, morbidity, and mortality across all patient demographics, the condition and sequalae cost an estimated $223.5 billion each year.

Presented by co-author Laura J. Fochtmann, MD, MBI, the 14-point guideline included recommendations for initial psychiatric evaluation and assessment; initial treatment goals and plans; the situations for the use of multiple medications including concurrent use of antidepressants, and for patients that are pregnant or breastfeeding.

For the initial goals of treatment with pharmacologic therapy, the APA suggested that they should be agreed on and documented between the patient and clinician, that legal obligations should be discussed and documented, and that the patient should be made aware of the possible risks to themselves and others if their use of alcohol continues during treatment.

The APA recommended or suggested the following for specific medication use: The APA recommended that benzodiazepines should only be used for patients with AUD when they require treatment for acute alcohol withdrawal or unless they have a disorder for which a benzodiazepine is indicated. Similarly, with regard to antidepressants, the APA suggested that patients with AUD should only receive them if they have another indication.

Women who are pregnant or breastfeeding are recommended to only be given pharmacologic therapies if they are being treated with benzodiazepines for acute alcohol withdrawal or have a co-occurring disorder for which pharmacologic intervention is required.

In terms of assessment, the APA recommends that initial evaluation include an observation of other substance abuse, including past use of tobacco and alcohol. The initial assessment should also include a “quantitative behavioral measure to detect the presence of alcohol misuse and assess its severity,” Fochtmann said.

In addition, physiological biomarkers are suggested to be utilized for identification of persistent elevation of alcohol consumption, and that assessment of co-occurring conditions such as substance use disorders and other psychiatric/general medical conditions that could impact the selection of therapies is recommended.

“Community-based peer support groups such as Alcoholics Anonymous and other 12-step programs are helpful in achieving long-term remission but not for replacing formal medical treatment,” Fochtmann said.

The full practice guideline can be accessed here.

You May Also be Interested in
Most Popular
Adam Friedman, MD: Returning to Normal During the COVID-19 Pandemic
Immunotherapies at the Forefront of COVID-19 Treatment Research
Free Webinar, Derm Clinical Updates: Keeping Up with COVID-19
When to Suspect Diarrhea is Symptom of a Clostridium Difficile
Medical Examiner Rules Fentanyl Killed Musician Prince