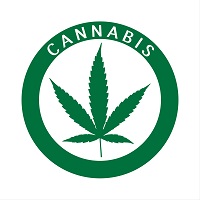 Balking at the concept of calling any use of marijuana “medical” delegates to the American Medical Association’s annual meeting in Chicago, IL, today nevertheless agreed that physicians who dispense it for therapeutic reasons should not be prosecuted.

Voting on a resolution originally entitled “Immunity from Federal Prosecution for Marijuana Prescribing” the delegates agreed to remove the term “medical marijuana” from the text of the resolution and to substitute “cannabis”. They also changed the word “prescribing” in favor of language that described the physician as recommending the substance to a patient.

“Marijuana is not recognized as medicine by the FDA or the AMA,” said Stuart Gitlow, MD, in pushing for the wording change.

Despite the group’s discomfort with the concept of medical use of marijuana, they agreed that in states where state laws allow the therapeutic or recreational use of cannabis, physicians who give it to patients for “an approved medical condition” should be guaranteed they will not face federal prosecution for doing that.

The reasoning set forth in the resolution is that passing it would be “consistent with AMA policy to protect patient-physician communications about treatment options, supporting a public health approach rather than a law-enforcement focus, for individuals possessing cannabis for personal use and opposing government interference with the practice of medicine.”

The sanctity of physicians’ right to exercise their clinical judgement about the best treatments for their patients without fear of prosecution is at stake, the delegates agreed.

The delegates are calling on the AMA to push for a legal guarantee that these physicians will be protected.

The Obama administration has already indicated it will not prosecute such use of cannabis. In the 2014 federal budget bill, the administration agreed to bar federal agencies from using federal funds to prosecute the dispensing of marijuana for therapeutic purposes in states where “medical marijuana” is legal.


You May Also be Interested in
Most Popular
Denise Daley, PhD: Early Asthma Interventions for Infants
When to Suspect Diarrhea is Symptom of a Clostridium Difficile
Flu Cases Near 30 Million in the US, CDC Reports
New HIV Test Combines Reliability of Blood Test, Convenience of Saliva Test
FDA Approves Implantable Heart Rhythm Monitoring Devices